MOSCOW, February 9. The fourth Moscow airport hub – Ramenskoye – will be open March 15. About it has informed journalists the General Director of JSC “Ramport Aero” Tomas Vaišvila. 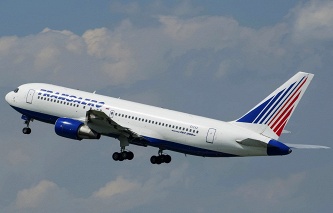 “March 15, opens airport, February 15, we will open the checkpoint in the international. After 5-6 days waiting for a government Directive on the resolution of international pilots to go down to our strip. And the second decision of the government decree on the opening of the international civil and cargo airport”, – he said.

According to him, the first flight is likely to be made by the company IFly. In 2016, as noted Vaišvila, the airport plans to serve about 1.9 million passengers. “In the first month will be 50 to 60 thousand”, – he added, noting that since March, the airport will work around the clock.

The General Director of “Ramport Aero” also reported that the airport Ramenskoye will be spent Aeroexpress “Sputnik”. “Russian Railways confirmed the project of Aeroexpress “Companion” to Zhukovsky. Russian Railways has already allocated the money on a separate platform, in September opens it,” said Vaišvila.