Russian Ambassador to the UK Alexander Yakovenko told about the “frozen” relations between Moscow and London and whose fault they had reached such a low level, said that British business wants to do business in Russia, explained why Moscow will not accept the outcome of the investigation of the “Litvinenko”, and said, when all the British participants of the Arctic convoys will receive the medal of Ushakov. 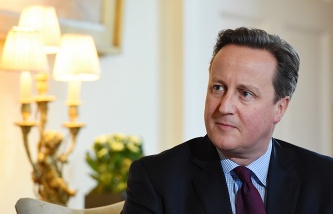 Cameron: London, despite the crisis in relations with Russia, the necessary dialogue on Syria

In October last year, speaking about Russian-British relations, you said that the political dialogue is almost completely stopped. Today, three months later, at what stage are we at?

– There is some movement forward, but it is very far from normal. Naturally, we will make every effort to align political relations with great Britain, but it is not our fault that these relations are “frozen” and, of course, the key to solving the present difficulties is in London.

– How would characterize the Russian-British relations today?

When you say that there is movement forward, how is it manifested?

This was a telephone conversation between President of Russia Vladimir Putin with Prime Minister David Cameron was meeting Russian foreign Minister Sergei Lavrov with his British counterpart Philip Hammond, I had a meeting with Hammond. So certain issues are discussed. But these contacts are infrequent and they do not affect the way we would like, the General atmosphere of relations.

– How do you explain this paradox: on the one hand Cameron is saying that for London it is important to decide the future of Syria together with Russia. On the other – Hammond makes one after the other, shall we say, harsh statements against Moscow, accusing the Russian Federation in the escalation of the civil war and the establishment of a mini-Alawite state? 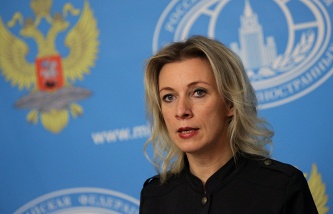 – It is difficult to explain these statements. We believe that they do not contribute to the Syrian settlement. We believe that the British should follow the agreements that were reached in Vienna on a political settlement of the situation in Syria. The plan was approved by the UN Security Council and all that is happening in Geneva, it is the result reached in Vienna agreements. We expect that London will do more to combat terrorism and its manifestations, but also with the “Islamic state” (banned in Russia) and other terrorist groups in Syria. We look forward to a more active role of Britain in establishing a dialogue with moderate opposition. Now that we have entered an active phase of negotiations in Geneva which were due to resume on 25 February, expect that the British approach to this negotiation process will be more balanced.

– From your point of view, now the UK could do more to fight terrorism? 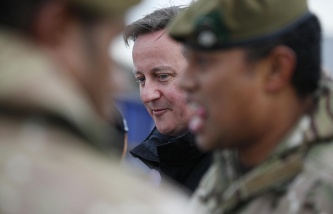 Cameron: Britain in 2016 will be to fight those who spread the ideology of ISIS

– Of course, at the time we suggested the British side to participate in determining the goals for which the Russian aircraft has terrorists. The British refused.

– In case of acceptance, the operation would have been more effective?

– The more information we will have on the goals of terrorists, the better, so our fight with them will be more effective, the more lives will be saved, the less people will die at the hands of jihadists. But Britain is not willing to cooperate

– The question for you is closed or work in progress?

For us, this question is never closed and this is the example where the role of the UK could be more active.

– You often meet with business representatives. What do they think about the current state of relations between Russia and Britain?

Business speaks out against sanctions, for the development of trade relations between our two countries, actively claimed, both publicly and not publicly – to the government. Business is interested in development of economic relations between our two countries. This year we celebrate the centenary of the Russo-British chamber of Commerce and industry and should be noted that the number of British companies which become members of this chamber increases. This suggests that British business sees Russia as a prospective partner.

But it doesn’t help our mutual trade, which continues to fall?

Is a consequence of the policy conducted by the UK regarding the development of economic relations, because in circumstances where it is the intergovernmental Commission on trade and economic relations, frozen other mechanisms, private institutions is difficult to overcome these tendencies.

Almost not a day passes without the British printing does not burst out into another extremely critical article in relation to Russia. As a former Director of the Department of information and press of the Russian foreign Ministry and the Russian Ambassador to the UK, you as few in our country, see the situation and is able to analyze. Than you explain so often the intransigence of the British media against Russia?

We consider these publications as putting pressure on Russian policy due to the fact that on many issues our positions are, first of all, on Syria, in Ukraine differ. But, instead, reflect the Russian point of view, unfortunately, we hear only the unfounded criticism that cannot but cause regret.

But any positive news there is in the relations between Moscow and London? Here, for example, on February 25, opens cross Year of language and literature of great Britain and Russia.

Violinist Repin: cross the Year of culture in Britain and Russia will strengthen cooperation between the countries

– Naturally, the area of culture remains the most developing sphere of relations between the two countries. Trade and economic relations remain afloat, because British business is interested in working in Russia. As for the other questions, above all, political dialogue and other areas of cooperation, we do not yet see the political will from the British side, moreover, the last event associated in particular with the judicial process on the “Litvinenko case” does not add optimism.

– Will the development of the story with Litvinenko? 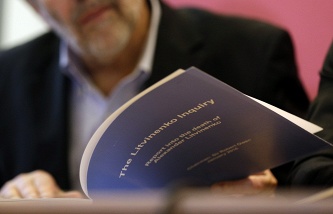 – The decision was made. The process was closed to the public, to the press, the conclusions of the judge was accompanied by the phrases “perhaps”, “maybe” and so on. All of this sounds unconvincing, as we are unable to participate in the process, have not read these documents, we find it difficult to accept the result.

– For a long time the Russian Embassy in the UK, the Russian Consulate will continue to award the Ushakov medal to the Arctic convoys. How is this process? When all the awards will find their heroes?

– I think that before the summer of this year we will complete the presentation of all awards. There were 3.3 thousand, and about 85% of medals have already been presented. We conducted all the ceremonies in large, medium-sized and small towns, and now, because we have to serve them personally, we commit them by those apartments to veterans who were unable to participate due to the fact that they live far away or are unable to come. In this process we help the parliamentarians that monitor living in their districts veterans, and we are very grateful to them. It had a huge positive effect on relations between our two countries, as British veterans, their relatives praised the fact that Russia was awarded and remember those people who fought together against fascism during the great Patriotic War.

Given this experience, can we say that there is a difference between the official line and the way ordinary Brits really belong to Russia?

– Of course, there is a difference. And if, for example, look at the opinion polls made by Newspapers on the topic of the attitude to Russian policy in Syria, more than 60% of the British are aware of the policy.