SAMARA, February 10. /Corr. Alexey Sokolov/. “AVTOVAZ” will launch ultra low-cost version of the car LADA Priora in early March, it was reported in the press center of the automaker.

“Start of production of LADA Priora “Standard” is scheduled for early March 2016, the car is already available for order from dealers of LADA. The new version will be 389 thousand rubles”, – stated in the message of “AVTOVAZ”.

As emphasized in the press center, called the Priora sedan is in response to changes in the vehicle market. The vehicle is designed for customers who need a reliable car with a basic set of options, as well as for government agencies and budgetary organizations. 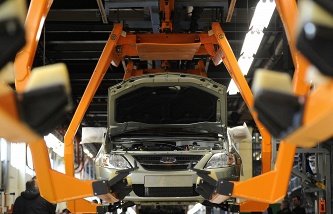 The first vehicle will include a driver’s airbag, child seat mounting ISOFIX, daytime running lights, ABS, 13-inch wheels. The machine is equipped with a 1.6-liter 8-valve engine capacity of 87 horsepower and 5-speed manual gearbox with cable-drive.

In the fall of 2015 in a number of media reported about the plans of “AVTOVAZ” to cease production of the Priora model in December 2015 and the absence of this model in the production plan for 2016. Later, the “AVTOVAZ” reported that production of cars LADA Priora will be saved, but the model will be converted in ultra low-cost segment.

LADA Priora – one of the most popular cars on the Russian market. In 2014 entered the top ten of the rating of sales of new passenger cars. Release Priora was started in 2007.