MOSCOW, February 10. The opening mission of the Syrian Kurdistan will be held on Wednesday in Moscow at the address: 1st graivoronovsky proezd, 20. This will be the office of the NGOs . The ceremony, which invited Russian politicians and representatives of the foreign Ministry, is scheduled for 15:00 GMT.

“The mission will be called upon to defend the interests of Kurds, who live both in Russia and in Syria, but many of whom are not citizens of the SAR”, – said the Chairman of the Council Federal national – cultural autonomy of Kurds Farhat Patiev in conversation C. In Russia, according to him, there are about 250 thousand Kurds.

The Russian foreign Ministry explained that the opening of the Embassy of the Kurds not provided for by legislation, their interests defend diplomats from the embassies of Syria and Iraq respectively.

“A very important significant part of the Syrian fabric”

The Syrian Ambassador in Moscow Riad Haddad, commenting on the opening of an office of the organization, stressed that the Syrian Kurds are a significant part of society Syria, but Damascus does not share the Syrian people on ethnic lines. “Information about the opening of a representative Syrian Kurdistan is publicly available, and we heard about it from the media and some sources said the Ambassador. – I have no data about the tasks of this representation and the number of its employees.” 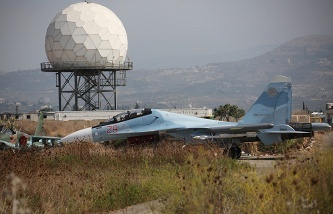 U.S. intelligence believes that the operation HQs of the Russian Federation in Syria strengthens the position of Bashar al-Assad

Press Secretary of the head of Chechnya: in Syria there is no “Chechen special forces”, Kadyrov did not talk about it

“We look at this question through the prism of the unchanging principles of the foreign policy of the SAR, based on the Constitution of Syria, and confirming the integrity of the country, the preservation of the flag and sovereignty of its people, territories and management, – noted the diplomat. – The Syrian people are one. It is impossible to divide along ethnic, national or religious affiliation”. “Therefore, we reaffirm that the Syrian Kurds, like other Syrians – a very important significant part of the Syrian fabric and they are very expensive because they have left a bright trace in the history of Syria from ancient times to the present” – said Haddad.

He added that Syria “was and remains an example of peaceful existence, where all are equal in rights and duties”. “The lives of minorities in Syria – a sample showing the possibilities of all Syrians and their desire to protect their Syrian identity,” he said.

The Russian foreign Ministry consistently advocated for the participation of Kurds in the intra-Syrian talks, which Turkey persistently resists. “The Kurds as representing real power, with political and military influence, control significant part of the Syrian territory have every right and should participate in the negotiation process and making the decisions that are associated with the future development of Syria,” – believe in Moscow.