MOSCOW, February 10. The Chairman of the Duma Committee on defense, former black sea fleet commander Vladimir Komoedov has reminded NATO on the Montreux Convention, which limits the stay of warships in the Black sea. 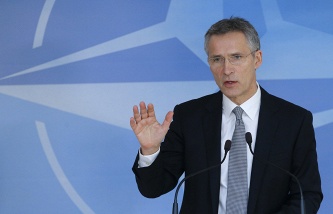 Stoltenberg: NATO defence Ministers approved the strengthening of the position of the Alliance in Eastern Europe

Earlier Wednesday, NATO Secretary General Jens Stoltenberg said that the Alliance will continue to adapt and strengthen its military capabilities in the black sea region, “including its naval forces, and intelligence capabilities and opportunities for the transfer of reinforcements”.

“First, the black sea theatre – it closed, in fact, an inland sea, connected only to the Mediterranean Straits,” – said Komoedov on Wednesday. He recalled that “there are rules for its use, there is a Declaration of Montreux, to whom, how much and how to stay there”. In particular, the document provides “a stay not exceeding 21 days in the Black sea for warships nachimovsky States,” the MP reminded.

“And geographically, of course, he (the Alliance) will be there to accumulate power – in Turkey, Bulgaria, Romania”, – said Komoedov. “So we should expect a strengthening of this group (NATO)”, – he agreed. However, “this does not mean that there will be 20, 30, 50 ships,” he explained. “Enough power to conduct surveillance, to monitor the situation, and then, proceeding from the existing situation (to be), take some decisions,” suggested the head of the Duma defense Committee.

The balance of naval forces in the Black sea region is not yet at hand, said Komoedov. “We need more time to balance. We have a lot more to build and much be replaced, much to be repaired,” he said, adding that involves naval forces.