MOSCOW, February 10. Russia will continue to uphold the principle of justice in international Affairs, the role of the Russian diplomacy is very popular. This was stated by Minister of foreign Affairs of Russia Sergey Lavrov at the ceremony of laying wreaths to the memorial boards of foreign Ministry employees who fell in the great Patriotic war who died during the Stalinist repressions, and in the line of duty. 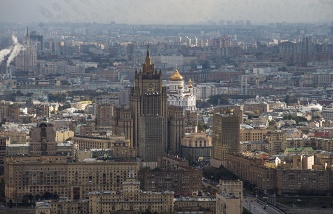 “This year have an important anniversary – the 75th anniversary of the battle of Moscow, 163 staff of the people’s Commissariat of foreign Affairs has gone in the ranks of the militia that stopped the Germans, – said Lavrov. – This feat is immortalized on the plaque on the former building of people’s Commissariat at the Kuznetsk bridge. This is an example of valor and selfless service to the Motherland”.

“We don’t just remember our comrades, but also provide continuity in the work, using the experience of predecessors, he continued. – The situation in the world requires the mobilization of all the efforts of veterans, youth to generate new ideas and to defend the principles of justice in international relations”.

According to the Minister, today there are not many countries that fully follow these principles. “It is our role to uphold justice, she’s very in demand,” he said.

“I congratulate all of you. A special bow to the veterans”, – said Sergey Lavrov.