MOSCOW, February 10. The European court of human rights (ECHR) are increasingly beyond the limits of its competence. This was stated by state Duma speaker Sergei Naryshkin, speaking at a meeting of “Open tribune”, dedicated to the 20th anniversary of Russia’s membership in the Council of Europe. 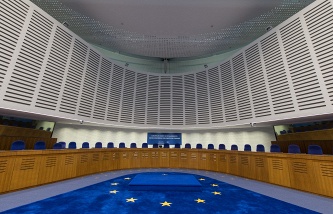 “The European court is increasingly beyond the limits of its competence and, instead of independently and impartially to perform his functions, the court is trying to interfere in the constitutional right of States of the COE and the Venice Commission simply does not consider requests that are inconvenient for the EU”, – Naryshkin said.

The existence of such a problem was also recognized by the Commissioner of the Russian Federation at the ECHR, Deputy justice Minister Georgy Matyushkin. “The first problem is that the ECHR was adopted several resolutions, which was given a different interpretation of the constitutional rights and freedoms, different from the interpretation previously given by the Constitutional court of the Russian Federation. It was also issued an order in which the ECHR found a contradiction between the Convention (Council of Europe) and the Constitution of the Russian Federation. Unfortunately, the European court takes decisions that are beyond the scope of its jurisdiction in respect of not only Russia, but other countries – members of the COE. This is a common problem,” said Matyushkin at the meeting in the state Duma.

He recalled that in Russia there was created an effective legislative mechanism to counter this situation. “The Ministry of justice has already used these powers, I have recently signed an appeal to the constitutional court”, – the Deputy Minister said, expressing hope that the new law adopted late last year, will protect the constitutional interests of the Russian Federation.

To apply to ECHR

According to Matyushkin, the Russians in comparison with 2010 became four times less to appeal to the European court of human rights. 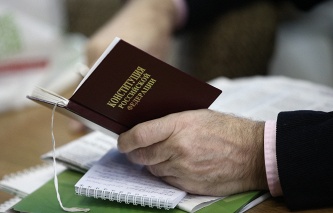 The Russian constitutional court: the decisions of the ECHR can be performed if they do not contradict the Constitution of the Russian Federation

“If in 2010 it was over 40 thousand complaints out of 150 thousand, before the court, today is 9 thousand 200 complaints from about 65 thousand which are pending trial,” he explained.

The Commissioner of the Russian Federation has brought official statistics, which last week was announced by the President of the ECHR on the opening of the next judicial year in Strasbourg. “First place in the number of appeals to the ECHR belongs to Ukraine, it is 13 thousand 850 complaints today,” Matyushkin said.

However, he pointed out that if you count “the number of complaints per 100 thousand population, we will see that throughout my 20 years in the Convention (European Convention on human rights) Russia is consistently in the third ten countries of the 47 member countries of the Council of Europe”. “It’s completely, from my point of view, characterizes the situation of human rights in this dimension, as appeals to the ECHR,” – said Matyushkin.