BAGHDAD, 10 February. Deputy Prime Minister Dmitry Rogozin discussed with the foreign Minister of Iraq Ibrahim Jaafari, the situation in the middle East and the fight against terrorism, but also expressed support for the position of Baghdad on the illegality of the stay of the Turkish troops in that country.

The foreign Minister of the Republic of Iraq, which, like Rogozin, is the co-Chairman of the Russian-Iraqi intergovernmental Commission, met Vice-Premier at the Baghdad airport, where Rogozin arrived with a two-day visit. 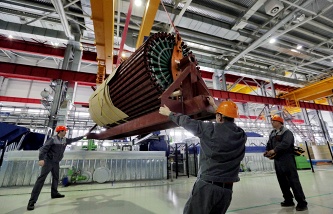 “I would like to wish You a pleasant stay in Baghdad, I hope it will be very useful,” said the foreign Minister of Iraq to Rogozin.

In the future the meeting was held without the press. As told journalists on its results the Deputy foreign Minister – special representative of Russian President for the Middle East and Africa Mikhail Bogdanov, the conversation Rogozin and Jaafari was “a General analysis of the military-political situation in the middle East with emphasis on the fight against ISIL (is prohibited in Russia grouping “Islamic state” – approx.TASS) and other terrorist organizations”. “They discussed the situation in precisely those areas that were under the control of terrorists, on our side, and support was expressed for the very energetic activities of the Iraqi government and the Iraqi regular army in the struggle against terrorists,” – said Bogdanov. 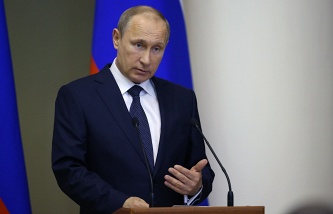 Putin: Iraq – a longtime partner of Russia, in two years the turnover has grown 10 times

The Deputy foreign Minister added that, in General, were also discussed problem solving in the countries of the region in crisis situation. Addressed coordination “in terms of consolidation of positions and opportunities in the fight against terrorists on the principles of respect of international law”. “And in this context discussed the issue of illegal stay of the Turkish troops on the Iraqi territory. In this respect, too, there was support for the official position of the Iraqi government, which is based on the need to respect the territorial integrity and sovereignty of the Republic of Iraq,” said Bogdanov.

During the two-day visit, Rogozin, who arrived in Iraq at the head of an impressive delegation, has scheduled several bilateral meetings, including with the country’s President and Parliament speaker. On February 11, is scheduled for the first eight years the meeting of the intergovernmental Commission, the Russian party of which is headed by Rogozin.