A year after the signing of a package of measures to fulfil the Minsk agreements, the situation in Ukraine remains highly disturbing. This opinion is shared by Russia’s permanent representative to the OSCE Alexander Lukashevich. In an interview with the diplomat told about the plans on expansion of mission of observers of the OSCE, the prospects for the implementation of the Minsk agreements, the initiatives of the German presidency in OSCE and hopes for a “regular” conduct in Vienna winter session of the OSCE parliamentary Assembly without “surprises” in the form of a ban on entry to the Russian parliamentarians.

– The situation in Ukraine remains in the spotlight of the OSCE. What is reported by international observers from the conflict zone? How objective their reports?

– If you evaluate what is happening in Ukraine through the prism of the obligations which the parties to the conflict took on a range of measures, the situation remains difficult. Rather it has become a more dynamic alarm. Along the line of contact continues firing. Observers record these facts, including by means of technical means used in their activity. It drones, and cameras, technical surveillance, and space satellites. 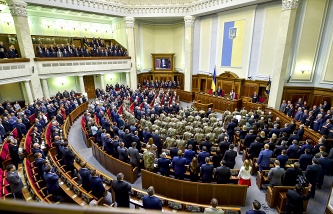 Provocation, as a rule, satisfied with the armed forces of Ukraine. This is confirmed by concrete facts. For example, in some places there is staff rotation, and to replace the old comes the new technology. The reinforcements and the number of members of the armed forces of Ukraine. In other words, there is a hidden build up their military capability “just in case”. The impression that the Ukrainian military, in principle, ready to return to the power scenario, as only to be followed by such a decision. However, the Kiev leadership claims that the conflict can be resolved only by peaceful means. However, a clear increase of military presence casts doubt on the sincerity of such statements.

In these circumstances, the OSCE seeks to extend the monitoring to have a more complete and objective picture. The focus of the Special monitoring mission (SMM) has given the conflict zone. It is logical, but in accordance with its mandate, the mission should be effectively applied throughout the territory of Ukraine and do not only commit violations of the ceasefire regime, but also to establish contacts, promote dialogue, to investigate the facts of violation of the rules and commitments of the OSCE, the rights of ethnic minorities, etc.

However, many of the facts somehow do not fall into the SMM reports. So there are legitimate questions. Particularly on the rear areas of the armed forces of Ukraine. Say, Zaporozhye, Dnipropetrovsk and Kharkiv oblast observers are much less and, consequently, their monitoring capabilities are limited. Although it is there that the Ukraine throws fresh reinforcements and equipment to the conflict zone.

In short, the SMM’s mandate is quite broad, and you should use it in full. As a positive example in this regard, we can mention last year’s SMM trust report on the situation of access to drinking water in the conflict zone. Observers drew attention to the terrible situation, when over a million people were deprived of access to drinking water, calling the situation a humanitarian disaster. Information report greatly helped the efforts to restore the water supply, in particular, in the Luhansk region.

– Will be renewed the mandate of the OSCE observer mission?

– The mandate of the SMM is valid until 31 March of the current year. We have every reason to believe and hope that the mandate will be extended, because the vast majority of problems that arise from the Complex of measures and amendments thereto, is not fulfilled. Moreover, the leaders “channel four” on the extension of the implementation of the Minsk agreements by the parties to the conflict in 2016 will require strengthening the role of the OSCE and the SMM.

We support this approach and hope for the extension of the SMM mandate in full.

As for the number of members of the mission, now in Ukraine there are more than 680 international observers of the OSCE. By the end of March it is planned to increase this number to 800. The maximum number of SMM is installed within one thousand people.

– Nearing the anniversary of the signing of a package of measures on implementation of the Minsk agreements that are the basis of the political settlement process in Ukraine. Now one can often hear the prediction that the Minsk agreement can or even must be completed by the summer of this year. How realistic are those dates? Will the implementation of measures the German initiative?

– As for the prospects of implementation of the Minsk agreements, the timing here is not the most important. The main thing – to achieve real results in each area “Minsk-2”. This is the only guarantee that a similar tragedy in Ukraine will not be repeated. Well, specific dates depend on the willingness of Kiev to directly talk and negotiate with the Donbass. This is the basic philosophy of the Complex measures and of what was agreed between the leaders of “Norman Quartet” in the past year. 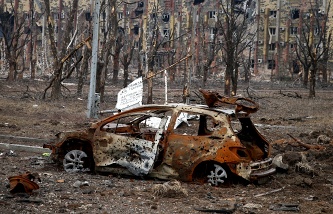 The Russian foreign Ministry: the recurrence of war in the Donbass does not need anyone, but the settlement process while stalling

No matter how complicated this process is, it has no alternative. It needs to be continued in accordance with the steps and measures that were identified by signatories of this document. And this, remember, in the first place, Kiev, Lugansk and Donetsk.

Suggestions and ideas how to go on the process, a lot. The key is to match the set of measures – the core document around which lined the whole scheme and series of steps the parties to the conflict towards a peaceful settlement of the internal Ukrainian crisis. Let me remind you, it was approved by the resolution of the UN Security Council.

We value Germany’s role not only as the Chairman of the OSCE, but also as an active participant of the “channel four”. Therefore, from this point of view it is quite possible that the acting Chairman, in the interest of the case offers some recipes or additional steps, contributing to the promotion of a political settlement in Ukraine. It is Kiev, Donetsk and Luhansk will choose to negotiate directly about the parameters of the upcoming elections and the law on local elections, and the status of areas of Donbass and the constitutional reform. While Russia and the OSCE as guarantors of these agreements will be the most active way to promote their implementation.

– You mentioned the German chairmanship in the OSCE. What can you say about the priorities of this presidency, represented by Berlin? 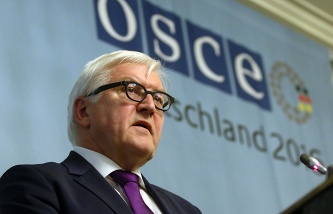 – It’s hard to judge because the presidency began, in fact, from mid-January, when Frank-Walter Steinmeier described the Berlin priorities at a special meeting of the Permanent Council. However, the desire to take a number of steps to enhance the role of the OSCE in European Affairs has already been felt. The German presidency outlined a lot of exciting activities in which we are ready to take active and energetic participation. This applies to all three “baskets” of the OSCE, including the Central themes in the decisions by the Belgrade Ministerial Council, such as fighting terrorism, combating drug trafficking, the fight against Christianophobia and Islamophobia, etc.

Very interesting event will have in spring in Berlin. German colleagues have indicated a desire to hold a major business forum and talk openly between representatives of the governments and the business community that hinders the development of trade, economic relations and cooperation on the continent, as to strengthen the link between Europe and Eurasia. All of this will be based on the philosophy of the Bonn document, which gave birth to the second dimension of the CSCE, i.e. economic and environmental “basket”. This document was adopted in 1990, but its relevance is not lost.

Unfortunately, in recent years the economic dimension of the OSCE was experiencing an obvious shortage of new and fresh ideas. We therefore actively support such innovative approaches German presidency. Outlined a whole range of other interesting topics, but while about them to speak early.

– Not expected during the holding at the end of February in Vienna winter session of the OSCE parliamentary Assembly (OSCE PA) curves similar to those presented last year, Finland, barring entry to a group of Russian parliamentarians?

Pushkov: Naryshkin plans to speak at the February session of the OSCE PA

Pushkov: the leadership of the OSCE PA is experiencing serious irritation to Kiev

– We hope they will be better off without such “surprises”. We understand that Austria, from the point of view of the status of the state hosting the international organization will provide the conditions for full participation in the session of parliamentarians from all 57 States of the OSCE participating States and partners for cooperation. It is normal practice and normal formula, which should perfectly be applied to all multilateral activities under the OSCE.

As to the finding of some of our representatives of the State Duma of the Federal Assembly of the so-called “stop list” of the European Union, we hope that this time no problems will arise and our parliamentary delegation will participate in the Vienna forum.

I must say that the parliamentary dimension is an independent direction of activity of the OSCE. The range of problems that MPs are discussing, sometimes very different from the subject of political consultations and negotiations in the framework of the OSCE Permanent Council. However, in recent years there has been a tendency towards convergence.