MOSCOW, February 10. Russia may take part in financing the construction of the second and third nuclear power units in Iran’s Bushehr.

This was reported by a source familiar with the negotiations. In “Rosatom” this information have not commented. 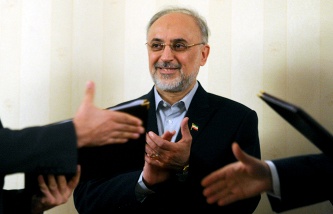 Salehi: Iran provides special privileges for Russia in the sphere of peaceful atom

“This line of credit, – said the interlocutor of the Agency, answering the question of whether Iran is counting on loans from Russia to Finance the construction of new nuclear power plants in Bushehr. – A credit line that Russia highlights Iran will also be involved in financing the construction of two new power units at Bushehr, this is the second and the third block”.

Russia and Iran during the visit of the Iranian delegation initialed the documents for opening of a credit line of $2.2 billion, reported earlier on Wednesday at a conference in Moscow, Iranian Ambassador Mehdi Sanai. In November 2015 following talks of President of Russia Vladimir Putin with the leader of the Islamic Republic of Iran Ali Khamenei and President Hassan Rouhani announced the intention to increase the turnover. Putin declared the readiness of Russia to allocate the state export credit in the amount of $5 billion to Finance joint projects.

In addition, it was reported that VEB and the Central Bank of Iran are preparing an agreement to provide Iran with an export credit of $2 billion that will be spent on electrification of Railways in this country and the construction of power plants.

Prospects of cooperation in the nuclear industry

At the beginning of December 2015, the Russian Federation and Iran held a meeting during which they discussed prospects of cooperation in the nuclear industry. Hand, as reported in the company “Atomstroyexport” (General contractor of the construction), reiterated their mutual interest in building in Iran new nuclear power units with Russian design. 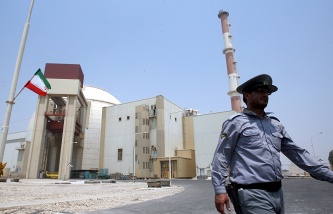 Media: the construction of new nuclear power plants in Iran with the participation of Russia will begin in the coming weeks

Russia and Iran at the beginning of November 2014 has signed a package of agreements on construction in Iran eight nuclear power units. In particular, signed a contract for the construction of the second phase of the NPP Bushehr, envisages the construction of two nuclear units, expandable to four. Also, according to the agreement, the parties intend to build another four units on other sites, which to date have not been determined.

It was assumed that the financing of the construction of the second and third blocks will be carried out at the expense of Iran.