“We can say that Yes,” she replied to the question.

Telecommunications operator Tele2, which launched its services in Moscow in October 2015, is pleased with the results of the work in the capital, said Skvortsova.

“We had some concerns before the release in Moscow, but we have seen that in the capital much higher penetration of smartphones and devices with support for data transfer than in the regions. In principle, we are not experiencing any problems with the lack of 2G now,” she said. 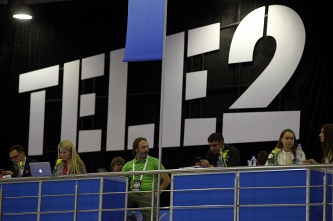 Great expectations: what to expect from the exit on the Moscow market of mobile operator Tele2

The indicator of churn (the ratio of the number of subscribers who do not use communication 3 months of total subscriber base – approx. ed) be considered early, said Skvortsova.

“We expect the results to churn in Moscow will be not worse, than across Russia. Our results for the outflow better than all the other competitors,” she said. In the 3rd quarter of 2015 indicator of the outflow amounted to 8,32%.

The construction of base stations Tele2 in Moscow continues according to plan, problems with financing no, Skvortsova said.

“The exchange rate will have no effect. We have a large part of the investment program for Moscow completed, move in accordance with the plan and not revised it. The equipment have been contracted at very attractive prices, now we just continue to get,” she said.

The virtual operator will soon be

The agreement Tele2 and “Rostelecom” on the draft joint virtual mobile operator (MVNO gives to Rostelecom the opportunity to provide mobile services to Tele2 network in packages with fixed-line telephony, Internet and pay TV – approx. ed) will be signed in the next few months, said Skvortsova.

“Working on the agreement with “Rostelecom” is in the active stage. We very much accelerated, there were not so many questions. I think you can expect news in the coming months,” she said.

Tele2 is a Telecom operator that was created by combining the mobile operator Tele2 and the mobile assets of “Rostelecom”. The share of Rostelecom in the JV is 45% and the rest from ex-owners of Tele2 (VTB group owned 50% of Tele2, the other 50% were in structures of Bank “Russia”, “SOGAZ” and businessman Alexei Mordashov). The company operates in more than 60 regions and serves about 35 million customers.

In early December, senior Vice-President of “Rostelecom” management business Larisa Tkachuk has declared that negotiations are at final stage. Earlier it was planned that the company will complete discussion of all issues on MVNO by the end of 2015

Operators expect the number of subscribers of their joint project will reach 2.5 million by 2020, said Tkachuk. For “Rostelecom” this project will help to increase ARPU (average revenue per user – approx. ed) for subscribers to b2c (business to consumer) segment, she noted.

In addition, the MVNO will allow “to Rostelecom” and Tele2 to enhance its position in the b2b (business to business) and b2g (business to government) segments.