MOSCOW, February 10. The U.S. deployment in space of advanced weapons systems is short-sighted and dangerous line, carrier of the threat to global security. In an interview, said the Russia’s permanent representative to the UN office and other international organizations in Geneva Alexei Borodavkin. 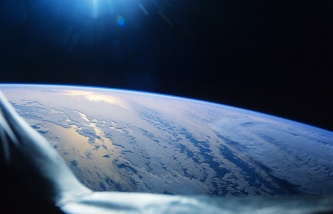 The Deputy head of the Russian foreign Ministry: Moscow is concerned about the prospect of the impact of weapons in space

“The issues of arms control relate to the traditional agenda of activities of the permanent mission, since Russia is one of the most influential members of the Geneva Conference on disarmament, he said. In this forum, we together with Chinese partners to achieve the start of negotiations on the draft Treaty on preventing the placement of weapons in outer space (PPWT). Such a Treaty would prevent the unwinding of an arms race in a new area and, of course, would strengthen global strategic stability”.

The Borodavkin noted that this approach is supported by the vast majority of the members of the Conference on disarmament. “The exception is, unfortunately, the United States and its allies, which will likely hope to use its “technological superiority” in order to obtain a military advantage through the deployment in space of advanced weapons systems and thus reinforce their claims to power dominance, – continued the diplomat. – It is clear that this is a shortsighted and dangerous line, carrier of the threat to global security. We expect that under the influence of our arguments, supported by like – minded States, Washington still realize the need to adjust its position and join the efforts to develop the PPWT at the Conference on disarmament”.

Full text of the interview