MOSCOW, February 10. The USA will trigger an uncontrollable arms race, if you try to replace a weapon in space. This was stated at a press conference the Director of the Department for nonproliferation and arms control, the Russian foreign Ministry Mikhail Ulyanov. 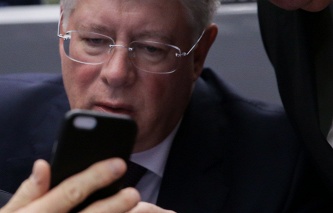 The permanent representative of the Russian Federation: the US deployment of advanced weapons systems in outer space threatens the security

“The USA Express certain comments that the Russian-Chinese proposal for no first deployment of weapons in outer space does not provide for verification measures. It slyly, – said the diplomat. – If the United States believes that verification is necessary, which prevents them to fill this gap?”

“When they encounter such opportunities, the US will not stop before going to place weapons in space, it will be something similar in their effects on BMD, he said. – It will be something game-changing in the sphere of strategic stability, it will open “Pandora’s box”, and other States that have such capabilities, going on the same path. We will have an uncontrolled arms race”.