MOSCOW, 11 February. In the case of a decision on privatization of JSC “Russian Railways” (RZD) it is advisable to sell no more than 5% shares of the company, told reporters the President of the Russian Railways Oleg Belozerov. 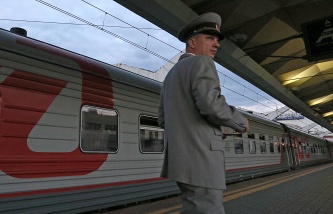 The speaker: the government is discussing the issue of privatization of Railways

“If we consider privatization , it is probably not more than 5%”, – he said.

“The timing (of privatization) is not defined, because there are questions that don’t have answers. As you know, we are funded from the budget, all of our construction accordingly, any investor who will come – we will dilute its stake. We understand that, perhaps, that investors will like, so there are questions to which we do not yet know the answers,” – said the head of Russian Railways.

According to Belozerova, Russian Railways will consider privatization during the year.

“Now during the year you need to cook. No one is forcing you to quickly privatize, we need to understand: time is not the time, can – can’t,” said the President of RZD.