MOSCOW, 11 February. Russia and the USA now differ in some significant issues, but we cannot call these relations the confrontation. Such opinion on air of the TV channel RT expressed by the permanent representative of the Russian Federation to the UN Vitaly Churkin. 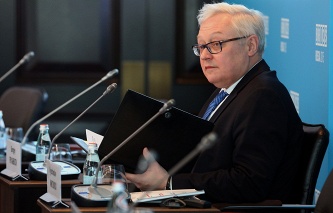 “I wouldn’t call our current relationship confrontation. This uneasy relationship. Relationship with different views on these or other crises. Sometimes there are serious friction, as in the situation with Syria and Ukraine,” he said.

According to Churkin, the conflicting statements of different branches of the American government are confusing. “I don’t think it’s good for US and for the effectiveness of their foreign policy. This makes it difficult to interact with them,” he explained.

The diplomat believes that the great success of the joint struggle against terrorism and reach agreement on Iran’s nuclear program contribute to the smoothing of differences between Russia and the United States.

“We agree with the United States that “Islamic state” and “al-Qaeda” (banned in Russia as a terrorist organization) must be destroyed, as well as those of a terrorist organization, recognized as such by the UN security Council. We have some disagreements with the Americans about what is meant by “moderate” groups in Syria,” said Russia’s permanent representative to the United Nations.