ST. PETERSBURG, February 11. Debt “Transaero” on the salary for the month increased almost in 2 times and as of 1 February have increased to 1.31 billion. This is evidenced by the data of Petrostat and the state Inspectorate of labour in St. Petersburg (IGT), published on the official sites.

“Overdue wage arrears on February 1 in St. Petersburg in the field of transport is 1310,6 million rubles, growth by 1 January amounted to 1.9 times,” notes Petrostat.

Simultaneously, GIT has published a registry of unscrupulous employers as of 1 February, where the airline is listed with a debt of 1.31 billion rubles before 8399 employees. 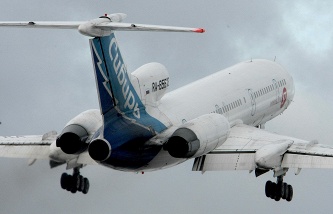 The airline “Siberia” have joined the bankruptcy Transaero

Previously with reference to the documents presented at the meeting of the Arbitration court of St.-Petersburg and Leningrad region, reported that the airline continue to operate 6902 people who ensure the safety of the property.

The Chairman of the Committee on labor and employment Dmitry Cherneyko said the situation with Transaero sign for the labor market of St. Petersburg in 2015. He said that specialists started to work with the company long before the announcement of the liquidation. “Now I work with about 300 people related to St. Petersburg. The position of the company – not the most active,” said Cherneyko.

As previously reported, the debt of “Transaero” is estimated at 250 billion rubles. A decision on bankruptcy was adopted at the governmental meeting with the participation of Prime Minister Dmitry Medvedev on 1 October last year.