TOKYO, February 11. /Corr. Vasily Golovnin/. Specialists of the Japanese capital with the approval of the administration of Moscow are preparing a construction project there is a large modern installations for the incineration and waste processing, which is tentatively scheduled for construction by 2019. This was stated by the representative of the cooperative the 23 wards of Tokyo and in charge of waste management. 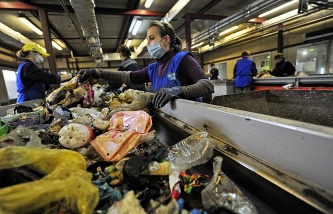 In Magnitogorsk will establish a system for recycling and waste disposal

The question of cooperation in recycling was raised during last year’s visit to the Japanese capital of Moscow mayor Sergey Sobyanin. “After that, – said the representative of the cooperative, in accordance with the agreements reached at the end of November – early December, Moscow was visited by our experts. They got acquainted with the situation of waste recycling in the Russian capital”. Earlier, in June 2015, was established a joint Council for cooperation in this field. From the Japanese side included representatives of the government, including the Ministry of environmental protection, as well as private businesses and research centres.

According to Japanese estimates, in Moscow annually is collected 5.9 million tonnes of household waste. It burned, as reported by the Tokyo cooperative, only 800 thousand tons. At the same time, Tokyo has its own modern technologies in this field. All the trash of the Japanese capital incinerated. Also developed advanced technologies for processing secondary raw materials, the extraction of valuable resources.

“We offer Moscow to build within the company on incineration and waste disposal in the years 2017-2019, so that it reached full capacity in 2020,” – said the representative of the cooperative. To discuss this schedule, and capacity of the company and other matters is expected to hold a meeting of the joint Council.