LONDON, 10 February. /Corr. Vladimir Kalinin/. Drivers of London’s famous black cabs on Wednesday staged a massive protest against the activities of online service of private passenger transportation Uber. For a few hours the taxi drivers managed to block one of Central streets – Whitehall, which are also the main government buildings, which greatly complicate the already tense transport situation in the capital. 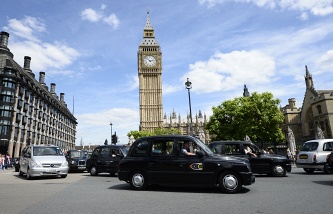 All in the action participated about 8 thousand drivers who blocked the street in both directions for about a mile. According to local media, the protest for the first time brought together representatives of all five licensed taxi companies in London, before often acted as irreconcilable competitors. Moreover, to Express solidarity with their British colleagues, in the capital profit drivers from France and Belgium, where Uber is also the problem is very serious.

According to one of the participants, a taxi driver with a 22-year veteran Steve Wilson, the protesters were not seeking a “complete ban” online competitor, but want “only justice.” “Uber needs to obey the same rules as we, in particular, in the field of taxation”, – he said. 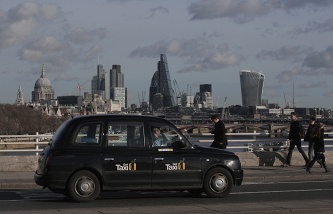 Earlier, London’s High court ruled that the activities of online service is not contrary to British law. Thus was rejected a formal complaint by the capital’s taxi drivers that Uber, albeit virtual, but still uses the taximeter, which you can use only the drivers cabs. Nevertheless, the court held that the operation of the taximeter, according to the legislative act of 1998 involves the use of a device for receiving a GPS signal and sending information to the server outside of the vehicle, calculate the fare of the trip depending on distance and time. And since this is not a taximeter, then, is not the subject of the dispute, lawyers believe.

The company Uber was established in 2009, its headquarters is located in San Francisco. Currently the carrier is available in more than 100 cities worldwide. The company is based on its service to taxi drivers a Commission in the amount of 20 percent of each call.