MOSCOW, 11 February. American online cinema Netflix have to pay taxes in Russia. Such opinion in interview to “Rossiyskaya Gazeta” was expressed by the head of Roskomnadzor Alexander Zharov.

“Because Netflix paid service, it is obvious that the company should pay taxes in Russia,” he said. 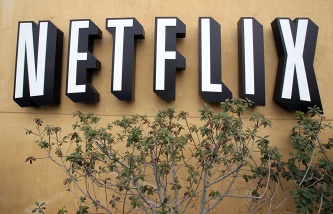 Zharov recalled that the company has officially announced the opening of its services in the territory of the Russian Federation since the beginning of January 2016 Netflix provides paid services to get them, you must enter personal information. “In January we sent an official letter to Netflix stating that, given the set of personal data collected from users in Russia, companies will need to localize database on the territory of the Russian Federation”, – said the head of Department.

He added that “Media and communications Union” (ISS) on its platform is already discussing a possible bill on regulating online cinema in Russia. “It (the bill – ed. ed.) should be prepared by mid-March. Of course, sphere, employing such a large multinational players, should be regulated. All services should have equal rights and opportunities”, – said Zharov.

Earlier, the President of the ISS, Sergei Petrov stated that offers to discuss all market participants the possibility of legislative regulation of Netflix in Russia.

Netflix 6 January 2016 began working in Russia, Azerbaijan, India and more than 130 countries in the world. Prior to this, the company was represented in more than 60 countries worldwide, its clients were 71 million people. The video service provides the services “video on demand” (VoD) and produce its own content.