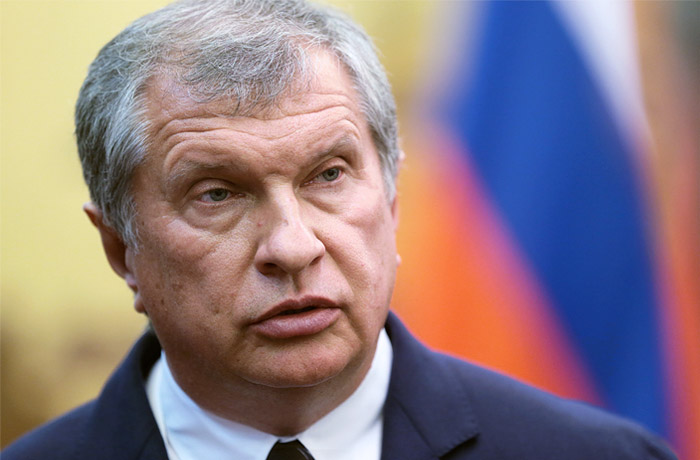 Moscow. 10 February. Privatization of 19.5% of state block of shares of “Rosneft” would have been more effective under high oil prices, however, we need to think about the need to replenish the Federal budget, said the head of the company, Chairman of the Board of Directors of “Rosneftegaz” Igor Sechin.

“How to raise the efficiency of sales of state-owned Rosneft? I think this is the question of how to think at expert level. It is necessary to wait, when the price of oil will be $100 (a barrel), but I think that it is necessary to take into consideration other circumstances, in particular the state budget”, – he told journalists during IP Week in London.

The head of BP (which owns about 20% of Rosneft), Robert Dudley, with Sechin agreed. “I agree with Igor Ivanovich (Sechin – ANI), which is now not a good time to privatize “Rosneft”, – he said.

The phrase Sechin reflects the contradictions that have long hampered the privatization of state-owned Rosneft, sanctioned by a government decree in late 2014. Earlier this week, in more detail the arguments of the parties, in its report presented responsible for the privatization Agency – the Federal property management Agency.

Now Rosneft “is in final stages of completion for sale of the specified shares”, mentioned in the document. “The revenue from privatization of shares of JSC “NK “Rosneft” can be directed to the budget of the Russian Federation in the form of dividends of OJSC Rosneftegaz (owner of state) for the first quarter, 6 months or 9 months (2016)”, – described the prospects of replenishment of the budget office.

However, participants have different interpretations of price criterion prescribed in the government order 2014. According to the document, shares must not be sold below the price of the initial public offering in 2006. Then one share and the receipt cost $7,55 (now, given the devaluation of the rouble, in dollar terms, the price more than twice below).

The Minister of economic development Alexei Ulyukayev last December said that he sees no obstacles in the price prescribed in the order. “Can be privatized including “Rosneft” – it is in the privatization plan for 2016, it is planned to sell 19.5 per cent. At market price, no other price. Now the ruble share price “Rosneft” higher than it was in 2006. For dollars the shares are not sold, dollars sold ADR, now they really are cheaper. We are located in the Russian jurisdiction and are talking about the ruble price of Rosneft shares. So, from my point of view, this condition (not below the offering price in 2006) is executed,” – said Ulyukayev in an interview to “Vedomosti”.

In the report of the Agency detailing the position of Rosneftegaz, the Board of Directors which is headed by Sechin.

Rosneftegaz has repeatedly confirmed the readiness to continue work on the preparation of privatization transactions and considers it necessary to focus on the last reference price of the sale shares in favour of BP ($8,12 per share). “According to OAO Rosneftegaz, the execution of the orders of the President in relation to the minimum transaction price at the level not lower than the price of the initial placement is possible in the medium term only when creating conditions which will ensure the growth of the market value of the shares of OJSC “NK “Rosneft”, – noted in the report of the Agency.

The Finance Ministry expects that the privatization of a 19.5% stake in Rosneft in 2016 will bring to the budget of 500-550 billion rubles, said earlier the head of Department Anton Siluanov.

A government decree authorizes the disposal of up to 2 billion 66 million 727 thousand 473 shares of “Rosneft”. The timing of the sale document does not fix.