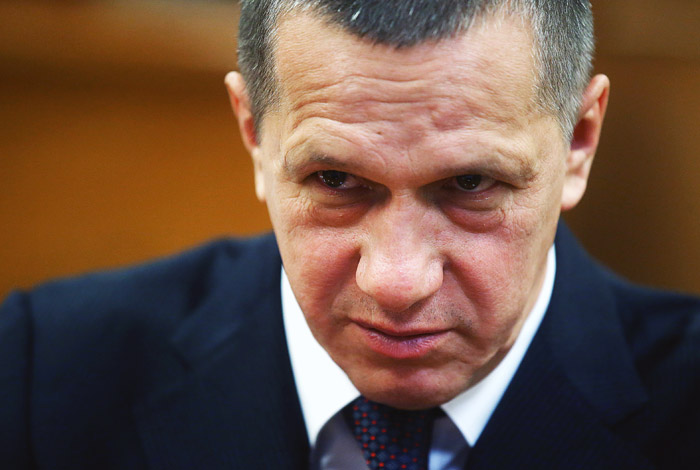 “Take a tutorial on investing, you open the first page, and there is the question – when should you sell stocks? When they are at the peak. What we have today on the world market? He we downstairs. We are at the bottom of the sell going? And the question arises whether we chose,” said Trutnev reporters in Yakutsk on Wednesday.

However, he reiterated that sees nothing wrong with selling a part of shares of “ALROSA”. “The question is – how much and when to sell,” – said Trutnev.

He said that the issue of privatization of “ALROSA” will be discussed in the government immediately after his return to Moscow. “It seems to me that here we should find and offer to the leadership of the country the most accurate and correct decision. Any decision regarding such a large company, has positive and negative sides. As such, the decision to sell so much and in such form, and everyone will be happy – this will not happen. Each (option) has its drawbacks,” he said.

Trutnev discussed the possible privatization of ALROSA with the head of Yakutia Egor Borisov and the management of the company. “Basically, we have a fairly close position, and we will quietly continue to report,” said Trutnev.

In turn, Borisov said to journalists that “the company with all its shortcomings is one of the most stably working companies in the Russian Federation”. “As for the 8% (eight municipalities of Yakutia owns 1% “ALROSA”) are protected by the law of the Republic”, – he said.

The Minister of economic development Alexei Ulyukayev has previously recognized that the economic situation for the upcoming privatization is not most suitable, but to postpone it due to the budget situation.

“In 2014-2015 the market fell and continued to fall, we waited for the situation to change. Now came the realization that there is nowhere else to wait. The budget situation is critical, the overall turbulence of the financial markets gives no grounds for us to expect a rebound, the recovery. The challenge is to spend no less quality effective transparent transactions at extremely unfavorable market”, – said the Minister in early February.