There are different discussions about the way of supply of gas, but still Serbia expects increase in the store, said the Ambassador of Serbia in Russia slavenko the Terzic. 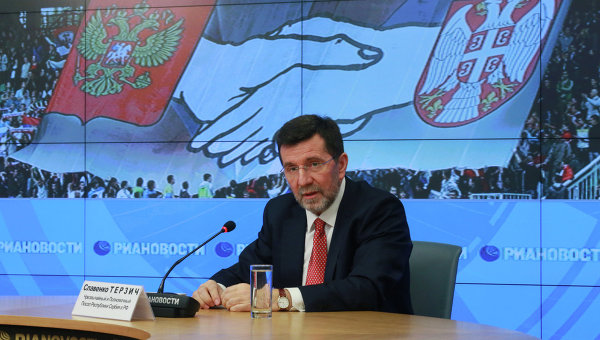 MOSCOW, 12 Feb. Serbia regrets about stopping the construction of the gas pipeline “South stream”, said at a press conference in MIA “Russia today”, the Ambassador of Serbia in Russia slavenko the Terzic.

“We are very sorry that South stream was stopped. There are different discussions about the way of supply of gas, but still we expect the increase in storage,” he said.

Earlier, Russia’s permanent representative to the EU Vladimir Chizhov said that does not rule out the possibility of a resumption of the project “South stream” “in the near future”.

Russia in December 2014 due to the unconstructive position of the EU was abandoning South stream in favor of a new pipeline to Turkey (“Turkish”). “South stream” should pass through Bulgaria, Serbia, Hungary. The EU opposed the construction of the pipeline, because, according to the third energy package, the same company is forbidden to combine the production and transportation of gas. Russia, in turn, has noticed that gas pipeline were signed of an intergovernmental agreement, whose status is higher energy package, and in addition, they were concluded prior to its adoption