SAMARA, February 12. /Corr. Alexey Sokolov/. Sales of the new model of AVTOVAZ – LADA XRay will begin in Russia on 14 February. During the year the carmaker plans to sell from 16 to 25 thousand of LADA XRay – depending on the market situation, reported the press center of the enterprise. 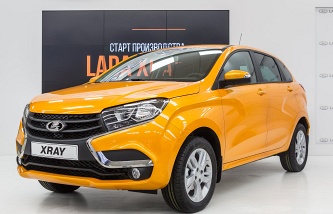 “AvtoVAZ” has announced prices for the new model LADA XRAY

“The planned two scenarios of sales of LADA XRay this year: pessimistic – about 16 to 20 thousand cars-and optimistic – about 25 thousand”, – said the Agency interlocutor.

Spring can start export deliveries of LADA XRay in Hungary. It is not excluded that XRay will begin to deliver this year in Egypt (together with LADA Vesta), the price of export of new items is still unknown. Previously it was announced about the plans of XRay supplies to Italy, Germany and the Middle East. According to AVTOVAZ, XRay can be a competitor for models such as the hatchback KIA Rio, Hyundai Solaris, Renault Sandero Stepway. However, still not started advertising company LADA XRay neither in Russia nor abroad. However, there is active work on promotion of innovations in Russia through various automotive websites and specialized autoitalia.

LADA XRay enters the market after less than three months after the start of sales of LADA Vesta, which started on 24 November 2015. According to AVTOVAZ, for the last two months, including the traditionally the most active sales month – January, we sold around 4.5 thousand “West”.

14 February, sales of LADA XRay will begin 124 dealership in 57 cities of Russia. The start of sales in each city is scheduled for 11:00 local time.

Unlike previous novelties of AVTOVAZ LADA Vesta, which price was first announced only during the ceremony of the start of sales, the price of XRay became known almost three weeks before the appearance of this model on the market. January 28 “AVTOVAZ” has officially announced prices and equipment XRay. The cheapest version will cost 589 thousand rubles, the most expensive is 723 thousand. 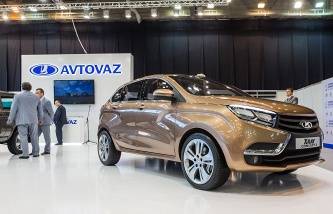 The cost of a more comfortable car in the Top version starts with 668 thousand rubles. for a car equipped with an engine capacity of 1.6 liters with 110 HP and manual.

For flagship XRay offered the Prestige package, which includes heated windshield, a rear view camera, climate control, light and rain sensors and a reinforced tinted glass. The cost of such a vehicle equipped with an engine of 1.6 and ITUC will be 698 thousand rubles, LADA engine 1.8 and AMT – 723 thousand rubles.

European level and ease of operation

Serial production of LADA XRay started at AVTOVAZ December 15, 2015. Xray – high compact hatchback, made in the style of SUV (Sport Utility Vehicle). The model was created in the framework of cooperation of “AVTOVAZ” with the Alliance Reno Nissan, for new items we developed more than 500 original parts. The car has become the second production model after the LADA Vesta, new brand “X”-style. As previously reported to journalists by the Director of the project LADA XRay Oleg Grunenkov, in 2016, AVTOVAZ plans to produce more than 20 thousand “Israel”, although potentially Assembly line allows to produce up to 60 thousand cars.