MOSCOW, 12 February. Authorized under the RF President on protection of entrepreneurs ‘ rights Boris Titov believes that Moscow authorities need to build new commercial facilities and transfer free rent to entrepreneurs affected by the demolition of the retail pavilions. 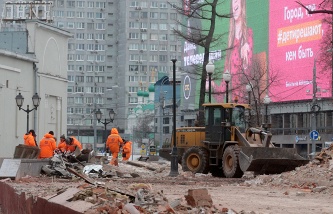 “There are a number of legal possibilities to defend their rights in courts. But other than that, I’d now moved on to some concrete negotiations with Moscow on the voluntary compensation is not as much money as other trading objects that might Moscow at their own expense to build and to donate to rent to those who have suffered as a result of this demolition,” said business Ombudsman in an interview Lifenews.

Large-scale demolition of the retail pavilions that the city authorities have recognized the squatter, began in Moscow on the night of 9 February. Then was initiated the dismantling of the 97 objects. The demolition of 85% of the buildings have already been completed, with half the sites removed all debris.

All are to be demolished 104. The government plans to complete the dismantling by the beginning of March.