Another rally currency borrowers of the Bank “DeltaCredit” was held on Friday afternoon at the office of the credit institution is located in the business centre on the Butyrsky shaft. Several people tried to break into the office of the Bank, but the entrance was blocked by security guards who, according to one of activists of the all-Russian movement of currency borrowers, placed at the entrance of a metal fence and drove to the door of the tractor for snow removal. In response they threw the Windows of the business center toy frogs-hangers.

Now at the office “Deltakredit” there were about 100 foreign currency borrowers (according to activity participants), which require meetings with the Bank management. They are chanting “Colbert, come out! (Michelle Colbert — Chairman of the Board of Bank “Delta the credit”) and sing the Russian anthem. Several people were invited to a meeting with representatives of the Bank.

The event coincided with the announcement by the Bank of new conditions of restructuring of foreign currency loans. On Friday 12 February, the press service of “Delta credit” Bank announced that the Bank proposes to transfer the mortgage in the currency in roubles at a reduced rate from 8.5% to 10% per annum, depending on category of the borrower. In addition, the Bank is willing to write off part of the debt of the borrower, if the funds from the sale of apartments is not enough to repay the principal on the loan. So the owners of foreign currency mortgages under the terms of the program the seller can expect to write off 20% of the debt, and all the rest will be charged up to 10%. Earlier the Bank said it is ready to write off 10% of the debt to those borrowers who qualify under program AIZhK. 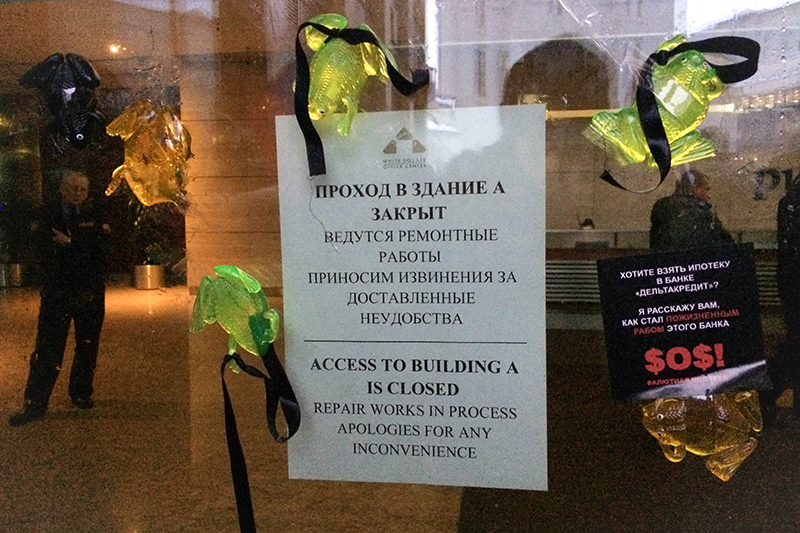 “This program is not viable. Provided that the debt of borrowers increased by 200% — write-off 20% plus a debt reduction of 600 thousand rubles provided by the seller, will not affect the amount of monthly payments, any principal amount of the debt,” says the activist of the all-Russian Movement of Currency Borrowers Oleg Yaroshchuk. According to her, such conditions would have been the salvation for many borrowers in may 2015, when the dollar was about 50 rubles. “Now it looks like a mockery of the borrowers and the imitation of activity to the Central Bank,” she said.

Before currency, food was required to transfer the loans into rubles at the exchange rate, the Central Bank recommended to banks. In January 2015, the Central Bank sent recommendations to credit institutions on conversion of foreign currency loans into roubles at the exchange rate at October 1, 2014 — 39,39 rubles per dollar and 49,98 rubles per Euro.

“Delta credit” reported that in 2015 of about 2.5 thousand families of foreign currency borrowers restructured their mortgages. 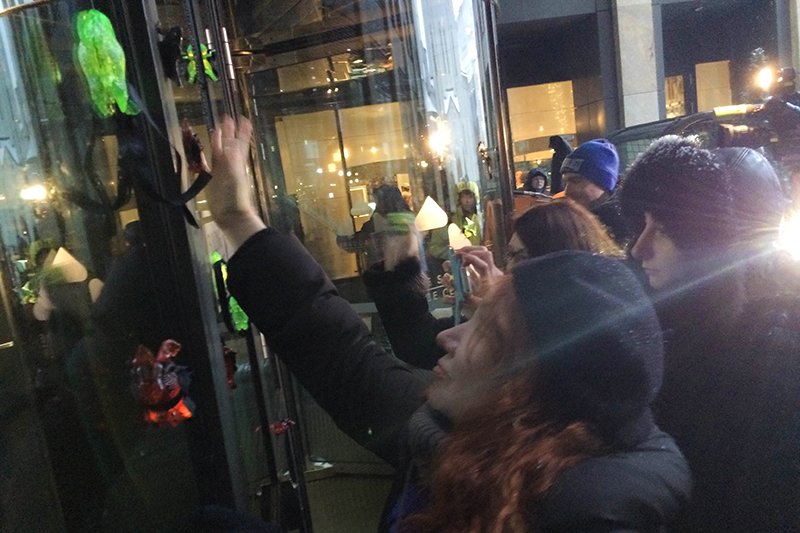 Thursday, 11 February, the head of the Central Bank Elvira Nabiullina, speaking navstreche with bankers in boarding house “Bor”, urged the banks to independently solve the problem of foreign currency mortgages. “We believe that banks should restructure foreign currency loans to the food, especially if we are talking about families with low incomes and affordable housing,” — said Nabiullina at a meeting with bankers in boarding house Bor. She also noted that the hopes that finally earns the program to support borrowers who find themselves in a difficult situation, for which the government allocated to the seller 4.5 billion rubles.

According to the Bank of Russia, now the share of mortgage loans in foreign currency is about 3% of the total volume of issued mortgages. While the Central Bank noted in this segment with a high level of delay.

As previously reported , in January — early February, the Central Bank has dispatched to banks the letter with the requirement to provide information on the status of the loan portfolio and the restructuring programs, which bankers are ready to offer foreign currency borrowers. The Chairman of the Central Bank Alexey Simanovsky also said that the Bank of Russia plans to discuss with banks the problem of repayment of foreign currency mortgages.

In January-February 2016 borrowers “Delta the credit” conducted a series of illegal demonstrations, attempting to negotiate the terms of transfer of foreign currency mortgages in rubles on January 27, they blocked the 1st Tverskaya street in the area of the Belarusian station, and a week earlier also held unauthorized protest action in the office of the Bank “DeltaCredit” at the address: Mokhovaya, 7. The action was attended by 100-150 people, some of them handcuffed themselves to chairs in the operating room, the two girls — to the front door. Several protesters were detained by the police, and the rest in droves filed an application to the Bank on impossibility to fulfill obligations to the credit institution.

A few days ago, on 8 February, foreign exchange food blocked Neglinnaya street in Moscow, near the building of the Central Bank. Protesters chanted “Shame on the Central Bank”. Some of the participants of the action were detained. Earlier protests were held by the clients of the absolute Bank, moskommertsbanka, VTB24, Raiffeisenbank, etc.