MOSCOW, 12 February. The holding company LetterOne (L1) Russian billionaire Mikhail Fridman has invested $200 million into the service of taxi Uber. This is stated in the message LetterOne.

“I am very pleased with our strategic partnership with Uber. As an investor with experience in the banking and telecommunications, retail and energy, and also has knowledge of working in developed and emerging markets, we believe that the management of Uber has the necessary knowledge and opportunities to build successful technology businesses,” commented Friedman. 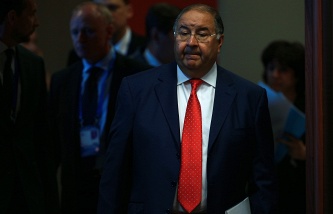 “The experience of L1 in developing markets will help us to make city infrastructure more accessible for passengers and drivers,” said Uber CEO Travis Kalanick.

In the message it is noted that L1 is exploring the possibility of investing $2-3 billion in technology projects in the later stages in the next few years. The company’s goal is to invest in the $100-500 million in one project, L1 is looking for new strategic partnerships.

In January, there were unofficial information that USM Holdings Alisher Usmanov and its partners were one of the investors in Uber.

As reported by CNBC in early January 2016 with reference to information sources, Uber was valued at $62,5 billion for a new round of investment. The entry threshold for investors of $250 thousand

In early December, The Wall Street Journal wrote that Uber has raised $2.1 billion during the next round of funding, and the whole company was valued at $64,6 billion In the number of investors called Fund Tiger Global an American company and T. Rowe Price Group. Earlier the newspaper reported that in July 2015, the startup has raised $1 billion, based on an assessment of all company in $51 billion.

Uber is an international technology company that develops mobile services on call car with a personal driver. The company provides its services in 360 cities in 64 countries around the world. In Russia the company started in 2013. In October of 2015. Uber said that for 2016 is going to earn in all Russian cities.