MOSCOW, 12 February. Authorized under the RF President on protection of entrepreneurs ‘ rights Boris Titov intends to create a party representing the interests of business, on the basis of the party “Right cause”. Converted the party of businessmen under his leadership will go to elections in the state Duma, told business Ombudsman to the newspaper “Vedomosti”. 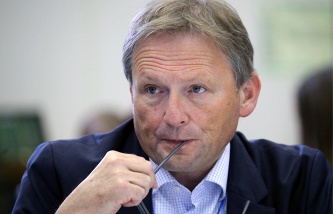 “United Russia” approved the schedule of the primaries

In Moscow launched a preliminary vote of the “United Russia”

Media: the leader of “Fair Russia” counts on the support of the popular front in the elections to the state Duma

According to Titov, the party’s Congress scheduled for 29 February. In the near future she will change the name, versions are under development. The negotiations were conducted with the parties “Civil force” and “Civic platform”, is also represented in regional parliaments that allows you to participate in Duma elections without collecting signatures.

In the composition of party members will change, said Titov. It will include “a large team of entrepreneurs” – its supporters, including members of “Business Russia”, big businessmen, well-known experts and public figures.

The focus of the election strategy of the party will be on the Internet. Meanwhile, the project will not be limited to participation in the Duma elections – the party will participate in all the campaigns, including in the municipalities. Reliance will be placed on the regions, for this there are plans to create “powerful offices”.

“We will speak the language spoken by our audience. This is a business, and teachers. It’s mostly middle class business people,” said Titov.

According to him, the party will be given a “realistic goal” – 5% of the votes for passage in the Duma and the formation of their faction. Potential investors in the total campaign has already found, the second most important financing instrument will be a “crowdfunding through the Internet in small amounts, but many of the people.”

The Chairman of the Right cause Vyacheslav Maratkanov confirmed to the newspaper that the project of the party of entrepreneurs, which was announced Titov, will be implemented on the basis of the “Right things”.

Party “Right cause” was organized in 2008 by the merger of “Union of right forces”, the Democratic party of Russia and “Civil force”. Now Right cause has positioned itself as the party of the right centre party, the liberal-conservatives. “We sossoudistam in politics liberalism and patriotism for the rapid growth of life quality in Russia”, – stated in the party Manifesto.