MOSCOW, 11 February. Prime Minister Dmitry Medvedev did not rule out the collapse of the European Union, if the problem of refugees in the EU and interethnic relations in General are not addressed. This opinion was expressed by Prime Minister Dmitry Medvedev in an interview with German newspaper Handelsblatt, noting that Russia has experience in this field and are ready to conduct consultations with the countries of the West. 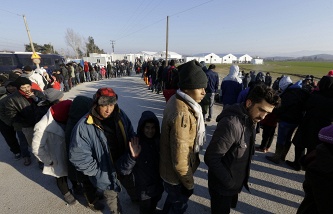 “We hope that you (the EU) will still be able to find the correct approach to the national-religious politics,” he said. Medvedev noted that each country has its own situation, “but you’re inside the EU”.

“You are 28, and you will need something to agree together, because if you’ll just ruin the Schengen area, it is, firstly, more likely, simply entails, in fact, the collapse of the European Union, and secondly, it doesn’t do anything, because the extremists will be happy to wander from country to country,” he said.

Medvedev is confident that “this will be the most dramatic event for the European Union”. He noted that this will negatively affect the Russian Federation as part of their foreign exchange reserves kept in Euro. In addition, many people in Russia have friends or relatives in Europe. “Therefore, God save us from such a scenario. But just now the situation is so alarming that, if you start consistently so all cut, but still not agreed among themselves, it can result in very serious consequences for Europe,” warned the Premier.

The head of government noted that the issue of refugees is compounding the problem of radicalization of the Islamists. “In Europe, were made strategic mistakes when migration policy has led to the fact that the religious balance in the countries shifted, and uncontrollable”, he said.

“Now we must try to build bridges and calm the situation (there is no other, if we talk about the dialogue within the EU), to try to come to an agreement with representatives of communities”, – said the Prime Minister. “I understand how difficult it is, I understand that many do not want to negotiate, and some of them that it is awful, get an education, is born in European countries, and then there commit terrorist acts”, – he noted. “It is a given, and there is no easy recipe,” – said Medvedev.

The Prime Minister reminded that in Russia in the 1990s and 2000s also saw an influx of representatives of other branches of Islam, alien to the traditional, sometimes feuding with each other, and authorities “had to bring an order”. “I, unfortunately, do not exclude that a similar situation could happen somewhere in Europe, God forbid, and then you will be faced with what we faced in the 1990-ies. Of course, we wouldn’t want that,” he said.

Medvedev stressed that Russia is ready to share its experience in this field. “We want to be ready to participate in such consultations,” he said. “Now comes the realization that without Russia, these issues cannot be resolved and due to its geographical position, and due to historical experience,” – added the head of government.

“Complete failure of the immigration policy of the European Union” 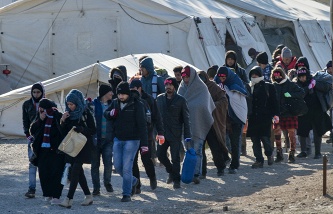 “Maybe it’s not like my colleagues in Europe but I think it (the refugee issue) is a complete failure, a complete fiasco of the immigration policy of the European Union,” he said. “We performed the best humanitarian feelings, we also want to help the refugees, we do it, but to open doors in Europe, inviting all who are willing to come – sorry, it’s at least stupid, if not tougher,” – says the head of the Russian government.

“This is a huge problem, and frankly, the EU authorities she was drugged,” he said.

Medvedev admitted that many of the refugees really “unhappy people fleeing the war.” “But these people are a part, and rather big, not three-and-out scoundrel, hundreds, maybe thousands, who go to Europe with the mission “clockwork”: when they call, they act like robots,” he said. “To calculate them is almost impossible, because they’re all civilians fleeing the fighting”, – said Medvedev.

Prime Minister said that he recently discussed this issue with a colleague from Finland. “We’re doing that, we are ready to work, and with Germany, too,” he said.