MOSCOW, 11 February. The EU should recognize that anti-Russian sanctions do not benefit Europe, and to cancel them. This opinion was expressed by Prime Minister Dmitry Medvedev in an interview with German newspaper Handelsblatt. 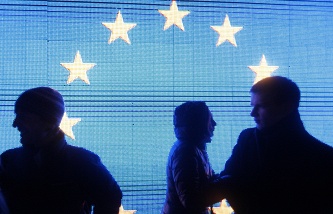 Lavrov: the moment of truth concerning the lifting of sanctions the EU against Russia will come in the summer

“We must find the courage and recognize that it is time to stop the economic sanctions that do not lead to anything good neither for Europe nor for the Russian Federation,” he said. “Our country is ready for it, but again, we are waiting for first step from our colleagues from the European Union”, – said Medvedev.

In 2014, the EU imposed sanctions against Russia in connection with events in Ukraine and the reunification of the Crimea with Russia and repeatedly expanded and renewed. Were suspended talks on visa-free regime and on a new basic agreement on cooperation, a ban on entry to EU countries for officials from the Russian Federation and frozen their assets, the restrictive measures imposed trade, financial and military nature. Just in the sanctions lists were 151 people and 37 entities. Sectoral sanctions apply to 20 Russian financial, oil and defense structures.