MOSCOW, 11 February. No state, including the U.S., are not able “to answer for the whole world.” This opinion was expressed by Prime Minister Dmitry Medvedev in an interview with German newspaper Handelsblatt, noting that Russia and aims, but intended to take their proper place in the system of international relations. 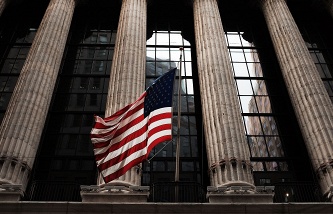 Patrushev: US aims to dominate the world and therefore are trying to weaken Russia

“No one can answer for the whole world, no one, including the United States of America,” he said.

“We’re not trying to drive around the world and set its rules, as sometimes we ascribe, say that you are such-syaky, trying to put everything under its control,” – said the Russian Prime Minister. “It is absolutely not, we are quite pragmatic people,” he said.

“We are, I think, that and not aspire to play a decisive role in geopolitics,” – said the head of the government of the Russian Federation. “But the one who seeks to take on such a role, let the whole world and responsible: responsible for why wars begin, why migrants in Europe by hundreds of thousands touring,” he said. “We don’t want it, we have this complex had in Soviet times and certainly not trying to govern the whole world”, – said Medvedev.

“But Russia must take, of course, in international relations the proper place,” he said, noting that it “is predetermined and our history and our geography, and capabilities, and even formal reasons – membership in the UN Security Council”. “Finally, we just largest nuclear power,” he said, stressing that it “imposes on us the responsibility”.