Vladimir Putin showed the stages of production, as well as equipment, which is being repaired at the plant “Remdiesel”. The President also got acquainted with the production of special vehicles, which produces military equipment. 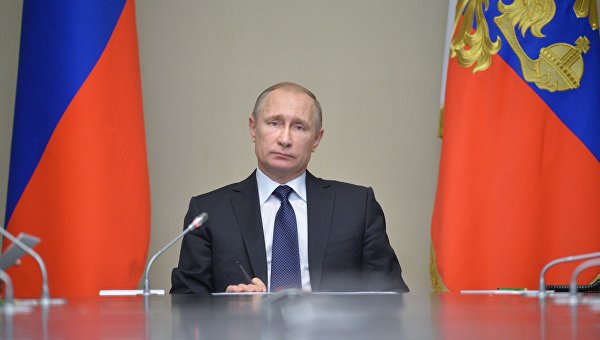 NABEREZHNYE CHELNY, 12 Feb. The Russian President Vladimir Putin on Friday inspected the production facilities at some companies that were previously created on the areas of “KAMAZ”, and now are independent plants.

The head of state took part in the solemn events dedicated to the 40th anniversary of the start of production of trucks at the plant.

Putin visited the plant of JSC “remdizel” for the repair of wheeled and tracked vehicles on the basis of “KAMAZ”, as well as all-terrain vehicles ambulance.

“Remdizel” participated in the ongoing defense program on repair and technical maintenance of military equipment until disposal.

Now “remdizel” carries out technical supervision 2.5 thousand military bases across the country, the service 230 service stations and about 600 teams.

The head of state showed the stages of production, as well as specific equipment that is being repaired at the factory. In addition, the President familiarized himself with the production at the plant of special vehicles, which produces military equipment.

In particular, the company produces family cars “Typhoon”. This platform is installed and a mobile complex “Armour-CM”. The plant manufactured equipment are presented, including a universal armored vehicle with increased protection on the original chassis “Typhoon-K”.

The description of the machine are manufactured in compliance with the latest requirements, and can withstand the undermining of high-explosive devices weighing 8 kg of TNT. In Russia cars of this kind are made for the first time. The car is equipped with bulletproof tires protivosemnye inserts diverting the blast wave, with automatic pumping air and controlled pressure to 4.5 atmospheres

The head of state showed the plant produced different types of engines and assemblies.