Spain managed to reduce its budget deficit from 9.1% to 4.5% over the past four years, said acting Prime Minister Mariano Rajoy. 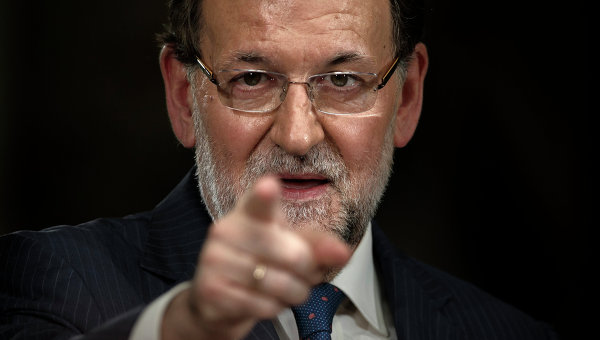 MADRID, 11 Feb –. The budget deficit of Spain in 2015 amounted, according to preliminary data, 4.5% of GDP, and the authorities will turn to EU with the request to “show flexibility” in the requirements to Spain, said the acting Prime Minister of Spain Mariano Rajoy.

The state budget deficit 4.5% of GDP by 0.3% exceeds the level of the deficit that was agreed with the European Commission (4,2% of GDP).

Rajoy said he will ask the EU “to show flexibility”. “Spain needs to implement plans to stabilize the budget, agreed with the EU, but the EU can also exercise the flexibility allowed by the European rules,” said Rajoy, speaking at a press conference.

In 2015, according to estimates of the European Commission, the growth of the Spanish economy amounted to 3.2% — the highest figure for the last eight years. The same figure previously led the Spanish national Institute of statistics (INE). However, Spain is not fulfilling its obligations to reduce budget deficit: in 2015 it amounted, according to the EC, 4.8% of GDP (the government had forecast 4.2 percent of GDP) and in 2016 will amount to 3.6% of GDP (0.8% higher than was agreed between the Spanish authorities and the EC).