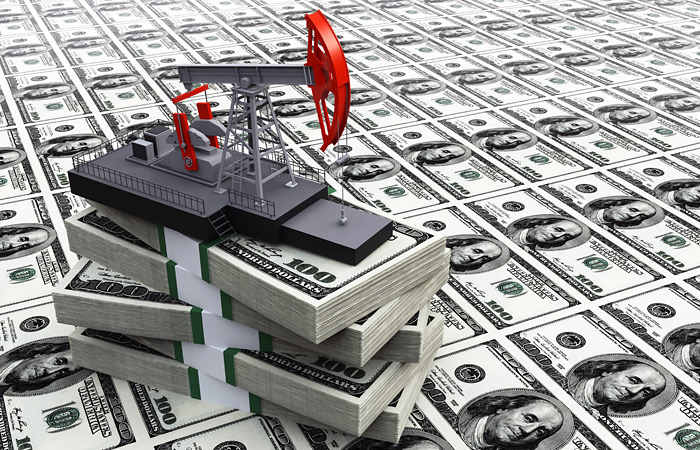 Moscow. 11 February. The fall in oil prices last year, which led to a budget deficit, forced the government to freeze the export duty on oil, which was originally planned to reduce it, and start searching in the oil and gas industry for new sources of filling of Treasury. In particular, for additional tax exemptions at the present time the possibility of another increase of excise duties on fuel and change the formula of the severance tax on oil.

Where the tax scythe, and the Reaper there barefoot

The Finance Ministry has recently proposed to reduce in the formula of the mineral extraction tax deduction for oil, which is formed as the costs of production of a barrel of oil doubled from $15 to $7,5, said at the weekend the head of Department Anton Siluanov. Such an initiative can have a strong impact on the economic situation of oil companies, according to analysts surveyed by Interfax.

By calculations of an analyst of “URALSIB” Alexey Kokina, in the case of adoption of a new formula for mineral extraction tax the company will pay $1.5 to 3.4 per barrel. “At a price of $30-35 per barrel Brent companies in the extractive sector can get EBITDA in the range of $10-15 per barrel. And this year they have one of those $10-15 per barrel should give somewhere $1.5 m next year – for about $3,4. Of course, if the oil price will remain as it is now. We still assume that next year it will be around $50, then the effect will be less, but still about 10% of EBITDA “refreshed” in this life and in the next year,” he explained.

The Kokin noted that, most likely, the decrease is less in the formula for calculating met will be not by half, to about $9, which was before the end of 2008.

Andrey Polishchuk from Raiffeisenbank believes that the impact on EBITDA will be even more significant and will be of the order of 20-25% depending on oil prices.

And if now under the current formula met the company’s work with accumulated cash flow, after changes cash flow will be negative, and companies will have to cut capex and production volumes, says BCS analyst Kirill Tachennikov. “If the withdrawal of the order of 1 trillion rubles in the worst case, it will certainly make cash flow negative, in this case, you will have to cut capex, which will affect production next year. Probably can be reduced the volume of drilling in depleted fields, since they give the least return, and it will be more rapid drop in production,” he said.

To whom in Russia to live well

The greatest impact discussed changing the deductible for mineral extraction tax will have, according to analysts, the company, the share of income which is in the upstream sector.

“Under attack more are those companies which have a lower share of processing and the bulk of the income generated by the mining segment, plus those who have a great need to cut capex, but there is no way to do it. I would say that this is, first of all, “Rosneft”, “Tatneft” – said Tachennikov.

Analysts also note that is at risk and “Surgutneftegaz”.

In their view, the determining factor will be the availability of companies, debt obligations and privileges. So, the more exemptions, the less visible the effect, the more debt, the more noticeable the effect. On this principle the list of companies at risk again has headed “Rosneft”. “Unlike those who have debt load is very low, the same “Rosneft”” it is high. For her this is probably critical only in the moment,” said the representative of the Raiffeisenbank.

Less vulnerable among Russian experts believe oil companies “Bashneft”, which has the largest amount of tax breaks and quotas to the fields, and “Gazprom Neft”. “For those companies who have the largest volume of tax privileges, probably, it will be a little bit softer,” predicts Polishchuk.

And although analysts believe Bashneft is less affected by new initiatives, its head Alexander Korsik said recently that oil companies are no reserves, which would ensure additional revenues to the budget when the new tax increases.

Alexander Nazarov from Gazprombank from less loser points and also “LUKOIL”. “, “LUKOIL”, though the share of upstream in the structure of revenues is high, but a large share of foreign operations,” he explained. In his estimation, have not affected almost NOVATEK and Gazprom, for which the volume of withdrawals from the severance tax on natural gas in 2016 had already been increased by 100 billion rubles.

Despite the fact that from the beginning of 2016 the excise tax on gasoline of class 5 had already been upgraded on 2 thousand rbl./t, on gasoline below class 5 – by 3.2 thousand rubles per ton, on diesel fuel – 700 rubles/ton, the Finance Ministry has proposed another increase from 1 April. The Department proposed that the additional increase of excises on gasoline and directly distilled 2,6 thousand rbl./t, on gasoline, heating oil and distillates at 1,147 RUB/t will bring to the budget more to 89.3 billion rubles.

Deputy Chairman of the RSPP Committee on energy policy and energy efficiency Yuriy Stankevich believes that Winky, which produce the major share of the motor fuel, can not second time this year to avoid raising gasoline prices, because of their financial and economic capabilities do not permit.

However, the President of the Russian fuel Union (RTS) Evgenie Arkusha notes that in such circumstances, retail prices will be exposed to rigid control by the FAS. “I have absolutely no doubt that wholesale prices will rise on car fuel, and retail prices will be subject to intense pressure from the side of state controlling bodies of the Federal Antimonopoly service. This will cause big problems in the first place, the independent retail sector,” he said.

“And if the oil companies can shift profit center for processing and wholesale, independent retail have nowhere to put it so it works at this point at a loss that can create additional problems and even bankruptcy of some the enterprises”, – added the Arcos. Currently, more than 20 thousand gas stations, only a third are run by the vertically integrated oil companies, other independent gas stations buy the fuel already included in the price the excise duty, said the source.

It is noteworthy that the new tax initiatives of the Ministry of Finance has not yet caused a strong reaction from the oilers. It is possible that the increase in excise duties will become a bargaining chip when making the decision to change the mining tax. The situation may be similar to the one that was in the middle of 2015 when the result of a long dialogue between companies and the government initially planned amount of the tax burden in 600 billion roubles has been reduced three times. “I suppose, here will be the same, there will be a dialogue between the oil industry and government, plus you have to understand that such measures will reduce the rate of profit, rate of return, respectively, will reduce dividends, including state-owned companies,” – said Nazarov from Gazprombank.

The Commission on legislative activities at the beginning of the week had already approved the bill to raise excise rates on fuel. Now the document should be considered at a government meeting. The speed of preparation and adoption of decisions on this issue gives grounds that April 1, many will still not amused.