MOSCOW, 12 February. The Bank of Russia has not yet evaluated the impact on inflation from a possible imposition of excise taxes on palm oil and will present its assessment later told journalists the first Deputy Chairman of the Central Bank Dmitry Tulin.

“We have not yet evaluated the impact. My colleagues who do such quantitative calculations, quantitative analysis, and later will make conclusions. We might be able by them to share with you”, he said. 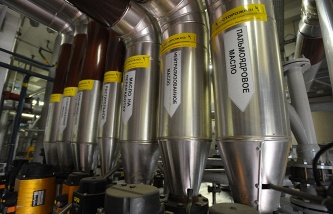 Earlier, the healthcare Ministry has taken the initiative to introduce excise duties on a range of products with a high content of fat and sugar. In particular, such goods can be attributed to soda and products which contain palm oil. The Minister of economic development of Russia Alexei Ulyukayev confirmed that the government is discussing the issue of increasing excise taxes on palm oil and harmful products. The head of the Ministry of agriculture and Ministry of industry and trade endorsed the initiative.

The representative of the Ministry of Finance on 9 February reported that the excise tax on palm oil could affect all food products in the production of which it is used, including chips.

At the same time, the FAS have a negative attitude to the idea of the imposition of such excise tax, announced on 11 February, the head of the control of the chemical industry and the agro-industrial complex of the FAS Anna Microcinema. According to her, the introduction of excise tax will inevitably lead to higher prices for products using palm oil.

Palm oil is often used by dairy producers and bakers to reduce the cost of production. This oil is made from the fruit of the oil palm. According to Rosstat, the supply of palm oil to Russia for the first 9 months of 2015 increased by 31.7% compared to the same period in 2014.