MOSCOW, 11 February. For collectors should be mandatory participation in self-regulating organizations (SRO), according to the President of the nonprofit organization “national Association of professional collection agencies” (NAPCA) Alexey Savatyugin. He said this during the round table “Loans and manifolds: a fine line”.

Earlier, the speaker of the Federation Council Valentina Matvienko stated that “due to the increasing cases of lawlessness on the part of collectors,” it is necessary to suspend the activities of collection agencies before adopting a law that would strictly regulate their work.

“In accordance with the law on self-regulation in the financial market, must be entered by the membership in SRO for collectors as well as insurers, pension funds, participants of securities market”, said Savatyugin. 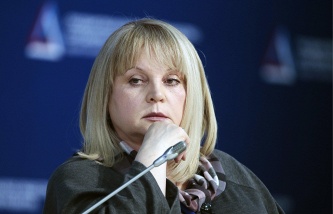 According to him, representatives of the professional community support the bill of the Ministry of economic development, involving in collection activities only to legal entities that are licensed, entered in the register, and satisfies certain requirements.

Currently the state Duma is considering several bills regulating the industry. The draft law on collection activity for more than five years developing the Ministry of economic development. Deputies from the faction “Fair Russia” introduced the bill collectors in September of last year. In addition, the state Duma is considering a further a few documents on the subject. The authors of one of them – deputies of the LDPR faction headed by its leader Vladimir Zhirinovsky – propose to prohibit collection activity and to impose millions in fines for the assignment of debts. In addition, deputies of legislative Assembly of St. Petersburg introduced a bill, according to which the claims of the creditor to the borrower on the repayment of indebtedness incurred under the agreement of a consumer loan (loan) should only be considered in court.

According to the estimate of NAPCA, from 35 million individual borrowers on consumer loans 8 million are debtors with overdue loans. The number of debtors with high arrears (over 90 days) comparable to the population of St. Petersburg – 5 million borrowers. Average amount of debt on the consumer credits of physical persons – 70-80 thousand rubles for banks, 16 thousand rubles for microfinance institutions. About 2-3% of the market for Bank debt is a nasal microfinance organizations, with about 60% of the market of microfinance organizations are consumer loans, 40% are loans till payday.

The law on SRO provides for the development of Institute of self-regulating organizations in the sphere of the financial market, excluding banking sector. Supervise the activities of such self-regulating organisations by the Bank of Russia, which have the right to impose fines, to send a claim for the replacement of the management of the works, assign and revoke the status of these organizations. This allows for the transmission of Central Bank self-regulatory organizations certain powers for regulation and supervision.

Especially sharply the question about the sewers again began to sound after the night of 27 January in Ulyanovsk local resident tossed out the window of a private house with a bottle of flammable liquid, the fire damaged 56-year-old man and two year old child. As reported by the press service of the Governor, the accommodation was set on fire employee of the collection Agency trying to get money from the debtor. After this incident, the attention of the public and authorities focused on this market, even discussed various measures for its regulation and control.