MOSCOW, 12 February. The government will support the export of Russian steel products in the implementation of joint investment projects in other countries. This is stated in the press service of the government of the Russian Federation, which was published after the meeting Deputy Prime Minister Arkady Dvorkovich with metallurgists and relevant agencies on the situation in the industry.

Participants noted the increasing trend in recent months, anti-dumping investigations against Russian companies. Vice Prime Minister said that he will work with foreign partners to find a compromise.

Media: the EU for six months imposed duties on cold-rolled steel from Russia and China after the investigation

On Friday, the EU imposed duties on cold-rolled steel from Russia and China for six months after the antidumping investigation. Annual shipments of cold-rolled steel in the EU from Russia are estimated at approximately $280 million of the Provisional duties established for the Magnitogorsk metallurgical combine Victor Rashnikov in the amount of 19,8%, “Severstal” Alexey Mordashov at 25.4% and for the Novolipetsk metallurgical combine Vladimir Lisin in the amount of 26.2 per cent.

In addition, in early 2016, it has been reported that Turkey is preparing to approve anti-dumping duties to 13,66% for Russian metallurgists on the import of hot rolled coils. These are the results of anti-dumping investigation, published by the Ministry of economy of Turkey. Thus, Turkey’s first chance to respond to the Russian sanctions imposed by the Russian Federation almost two months ago.

In 2015, Russia exported to Turkey 825 thousand tons of hot rolled coils at $413 million, approximately 19% of the total imports to Turkey. These products supply in Turkey, MMK, NLMK and “Severstal”.

Opening the meeting, Arkady Dvorkovich said that the situation in the industry has affected the situation on the domestic market, related to the decrease in economy and the situation on foreign markets, including the introduction of protective duties and other restrictive measures. “But the overall situation remains calm”, – said Deputy Prime Minister. He stressed the willingness of companies to discuss issues and find compromises.

The meeting discussed the activities required to support the steel industry. In particular, the question was about stimulating domestic demand through the support of the consumers of steel products, primarily automotive, transport engineering, agricultural and residential construction.

The meeting also noted that the government of the Russian Federation together with metallurgical companies will work with infrastructure monopolies the agreement on long-term mutually beneficial rules of engagement. 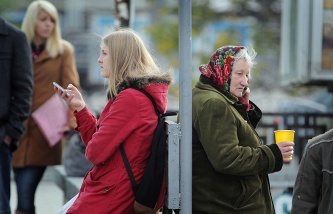 In particular, it is about revision of tariffs of Russian Railways. From January 2016, the Russian Railways cancelled the export allowance (13.4 percent) for the transportation of metals, however, added the condition that the discount is valid only for the carriage of volumes not less than in 2015, said the newspaper “Vedomosti”.

Another topic of the meeting was the implementation of the plan of import substitution of high-margin steel products coming in from border markets.

Also at the meeting also discussed promising technologies and training for the industry.