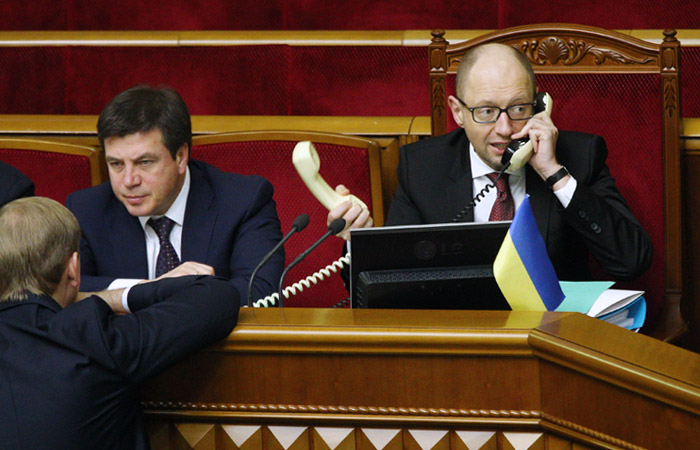 Moscow. 11 February. The government of Ukraine is delaying the signing of the updated Memorandum with the International monetary Fund (IMF) under the EFF program, seeking guarantees continue its work, have informed Agency “Interfax-Ukraine” a source in the authorities.

It is expected that government representatives will sign the Memorandum after a report Prime Minister Arseniy Yatsenyuk in Parliament, scheduled for 16 February.

“The signing of the Memorandum was postponed due to delays by the Prime Minister,” says the source.

According to him, due to the fact that the Cabinet is waiting for assurances that he will not be dismissed. “It is obvious that such guarantees may appear after 16 February,” the source added.

Under the current order, signed the Memorandum should supply the President, Prime Minister, Minister of Finance and the national Bank head.

The Ukrainian crisis coalition, uniting the party “Block of Petro Poroshenko”, “Samopomich”, “Batkivschyna” and favor the Prime Minister’s people’s front, became aggravated after the resignation of the Minister of economic development and trade of Aivaras of Abromavicius, received great public interest.

The reason for the resignation the Minister described the blocking of reforms in the country and corruption. The IMF approved a year ago for Kiev EFF program totaling about $17 billion, responded to the Minister’s statement: the head of the Fund Christine Lagarde said that the IMF will be difficult to continue cooperation with Ukraine on this program without adequately fight corruption.

Influential Ukrainian politicians, including members of the ruling coalition, increasingly Express the need for the resignation of the Prime Minister, stressing that the process of “rebooting” the authorities is impossible as long as Yatseniuk retains Premier’s post.

In turn, the party “national front” noted that the current government was formed by all the factions of the coalition, and responsibility for its prevention rests with all members of the parliamentary majority.

Kiev for many months negotiating with the IMF about the next, third tranche under the EFF program. To date, the country has received only the first tranche of $5 billion and the second at $1.6 billion Originally suggested the allocation of Kiev in 2015, four tranches of funding in 2016 for another four.