MOSCOW, 12 February. The total price of CTC Media for the sale of 75% of “CTC investments” holding “UTV Management” (UTH) Alisher Usmanov $of 193.1 million, according to the company.

“CTC Media Inc. announces receipt of the final payment in the account payment for the sale of a 75% stake in OOO “CTC investments” LLC “UTV Management”. The total amount received in connection with the sale, amounted to $million of 193.1″, – stated in the message.

CTC Media closed a deal in December last year to comply with the new legislation, which from 1 January 2016, limits the share of foreign investors in mass media level of 20%. At the closing of the transaction, the company received $150,5 million, the payment of another $50 million was deferred due to possible adjustments in their financial performance. The correction makes the total transaction amount has been reduced by $7.5 million due to “underfunding of a number of capital expenditure and transfer payments in 2016 in comparison with the agreed target budget, write-off of illiquid old library content, as well as compensation for pre-trial settlement of commercial dispute”, explained in a statement.

The remaining shares are owned by Telcrest, controlled by the co-owner of Bank “Russia” Yuri Kovalchuk (in 2014, came under U.S. sanctions and the European Union) with partners. 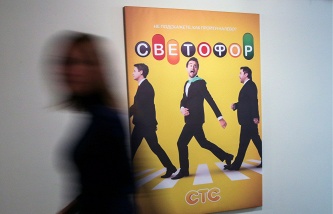 “We look forward to the completion of the proposed restructuring and allocation of proceeds between shareholders “, – commented on the deal, the Chairman of the special Committee of the Board of Directors of CTC Media Inc. Werner Klatten.

He stressed that the leadership of the company managed to minimize the decrease in the prices of assets in a complex and constantly deteriorating situation on the Russian market.

The reorganization involves the merger of CTC Media with its subsidiary company “CTC investments”. After the merger, the shares will be withdrawn from public circulation, the sole shareholder will remain the company Telcrest.

Earlier it was reported that the holding “CTC investments”, 75% of which belongs to “UTV Management” Alisher Usmanov, will continue to work under the brand of “CTC Media” because the rights to that trademark belong to the holding company. American CTC Media, Inc., in turn, retains the rights to his name.

“UTH” was created in 2009 through the merger of TV assets of Alisher Usmanov and Tavrina. The parties received equal shares of the project: “AF media holding” Alisher Usmanov has invested in shares of their channels 7TV and “Muz-TV” and Media One Tavrina – regional terrestrial TV stations, which was then 33. Now the main assets of the holding channels “Yu”, Disney and “MUZ-TV” and online video service ClipYou.