MOSCOW, 12 February. Authorized under the RF President on protection of entrepreneurs ‘ rights Boris Titov plans to become Chairman of the party, based on “just cause”, in which the current leader of the party Vyacheslav Maratkanov is one of the senior posts. 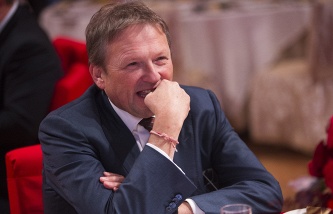 Media: the business Ombudsman Titov will create a party on the basis of “just cause”

“I’m going to the party leadership, if elected. We (Mardanovym) agreed, he will be one of the leaders of the party, they are left with a group of his companions who will support our ideas and in the regions and at the Federal level,” – said Titov to journalists, answering the question.

He confirmed that if he wins the elections, will leave the post of a business Ombudsman for the Deputy mandate. “Of course, for me it’s a demotion. But I think that today, when not accepted the most important decisions for business, and some decisions just go against the interests of business and Economics, unfortunately, we have to use policy instruments”, – said Titov.

Party “Right cause” was organized in 2008 by the merger of “Union of right forces”, the Democratic party of Russia and “Civil force”. Now Right cause has positioned itself as the party of the right centre party, the liberal-conservatives. “We sossoudistam in politics liberalism and patriotism for the rapid growth of life quality in Russia”, – stated in the party Manifesto.

Earlier it was reported that Titov was in talks with several right-wing parties, while negotiations were conducted with the parties “Civil force”, “Civic platform”, “Right”, represented in regional parliaments that allows you to participate in Duma elections without collecting signatures.