KIEV, February 12. The largest oil company in Ukraine “Ukrnafta” has stopped oil and gas production in some fields due to the revocation of licenses.

About it reported in a press-service of the company. 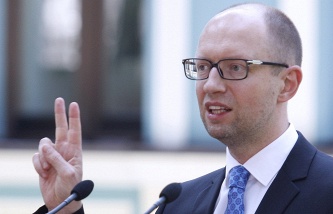 Yatsenyuk instructed to develop a plan of deliverance Ukrnafta’s debt

“12 February 2016 the largest oil company in Ukraine PJSC “Ukrnafta” forced to stop the production of oil and gas in St. George, Golubovsky and Lopushanska deposits in connection with the revocation of licenses,” reported the company, adding that the decision to recall took the State service of Geology and subsoil of Ukraine in January.

The company called unprecedented. According to the Chairman of the Board “Ukrnafta” Mark Rollins, “the cessation of mining activities will lead to irreversible consequences – significant cost of financing of measures on preservation of wells, and perhaps will lead to their physical liquidation and land reclamation, the risks of ecological character, the breach of exploitation of hydrocarbon deposits and other”.

Ukrnafta announced that it intends to defend its rights in court, appealed to the State service of Geology and mineral resources of Ukraine with a request to cancel the ruling and to the government to intervene in the situation.

Previously, the company “Naftogaz of Ukraine” reported that Ukrnafta owes the state budget as of January 1, 2016 in the amount of 10.4 billion hryvnia ($404,7 million). “Due to state budget on taxes, duties, formed since August 2014, as of 1 January 2016, totals 10.4 billion UAH, including 8.4 billion UAH of rent paid for the use of subsoil for the extraction of gas, oil and gas condensate and 1.3 billion UAH of advance payments on income tax and more than 0.6 billion UAH of the value added tax”, – noted in the “Naftogaz”.

“Naftogaz”: debt “Ukrnafta” to the state budget of Ukraine grew to $430 million

Media: the company “Ukrnafta” charged a fine of $58.4 million for late payment of dividends

The head of “Naftogaz”: the company “Ukrnafta” is in critical condition

In the “Naftogaz” also reported the presence of Ukrnafta accounts receivable in the amount of 18,676 billion hryvnia (about $780 million).

At the same time the management of “Ukrnafta” assures that in the fourth quarter of 2015, the company repaid in full its current obligations associated with the production of hydrocarbons from three fields.

Ukrnafta is the largest Ukrainian oil-producing company. The NJSC “Naftogaz of Ukraine” owns 50% plus one share of Ukrnafta, the group of companies “Privat” Igor Kolomoisky – about 42% of the shares. The company gives every month, approximately 125 thousand tons, 11 thousand tons of liquefied gas, 110 million cubic metres of natural gas.