MUNICH, February 13. Russia and the Western countries slid towards a new cold war. This was stated by Prime Minister Dmitry Medvedev, speaking at the Munich security conference. 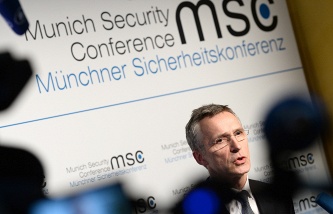 The Prime Minister stated that “it remains hostile and closed political line of NATO against Russia”.

“You could say sharper: we slid essentially into the times of a new cold war,” he said.

“Almost daily we announce the most terrible threat for NATO as a whole, separately for Europe, for America, for other countries,” said the Prime Minister. “Although the real threats that exist in our little world, and I hope-you understand – lies elsewhere”, he said.

The concept of “European security” became much wider, and the threats that seemed to be defeated, arose with renewed force. This was stated by Prime Minister Dmitry Medvedev, speaking at the Munich security conference.

“The concept of “European security” today covers a much wider field than we used to,” he said. According to him, it now includes not only military-political relations, but also issues of economic development, inequality, migration, new forms of terrorism, regional conflicts. “Mean, of course, Ukraine is still troubled Balkans, standing on the brink of a national crisis in Moldova”, – said the Prime Minister.

“Those cross-border challenges and threats that appeared to be in a period overcome, was manifested with renewed force,” – said Medvedev. “While new threats, primarily terrorism and extremism, has lost the abstract character which they had yesterday for most; now it is a reality for millions of people in different countries,” he said.

“Economic, social, and military challenges today mutually reinforce each other, and we are sometimes very disjointed, sluggish, focusing in many cases solely on our national interests, either immediately assigned blame someone else”, – said the head of the Russian government.

Not the “friends zone” and “exclusion zone”

The creation of a “zone friends” on the outer contour of the EU has led to the formation of an “exclusion zone”, said Medvedev.

“European politicians always thought that the creation of so-called “zone friends” on an external border of the EU could become a reliable guarantee of security. And what are the results of this policy? Not the “friends zone” and “exclusion zone”, he said.

The Prime Minister stressed that “the crisis model of global economic development creates conditions for a variety of conflicts, including regional”.

In particular, he pointed to a series of “local conflicts and economic turmoil” – and on the East and on the southern flank of the European neighborhood, explaining that we are talking about Ukraine, and Moldova and the countries of the Middle East and North Africa, including Libya and Syria.
“Results – these regions have become our common problem”, – concluded Medvedev.

Prime Minister Dmitry Medvedev urged the West to abandon the “doctrine of containment” against Russia and to unite with her efforts to solve existing problems. The corresponding statement he announced, speaking at an international security conference in Munich.

“The doctrine of deterrence is very actively used by the Western world to Russia today. The danger of such approaches is that in 10, 20 years from now we are going to discuss all the same topics. Unless, of course, you’ll have someone to discuss. In the framework of the universal Caliphate the discussion is inappropriate,” – said the head of the Russian government. He expressed confidence that the West and Russia have a chance to “unite to respond” to the existing challenges.

At the same time, Medvedev stressed that to restore confidence, “there can be no preconditions.” “Or we need it all, or don’t need anyone”, – concluded the Prime Minister.

Medvedev believes that the international community does not want “third world shake-up” to understand the advantage of cooperation over confrontation.

The imposition of economic sanctions does not bring any result, and causes only harm, and all parties said Medvedev.

“This is a road to nowhere,” he said. “Everybody will be worse no doubt!” the Prime Minister said.

“Instead, it is vital to focus the efforts on strengthening a new global system that would combine the principles of efficiency and fairness, market openness and social security”, – said the head of the Russian government. 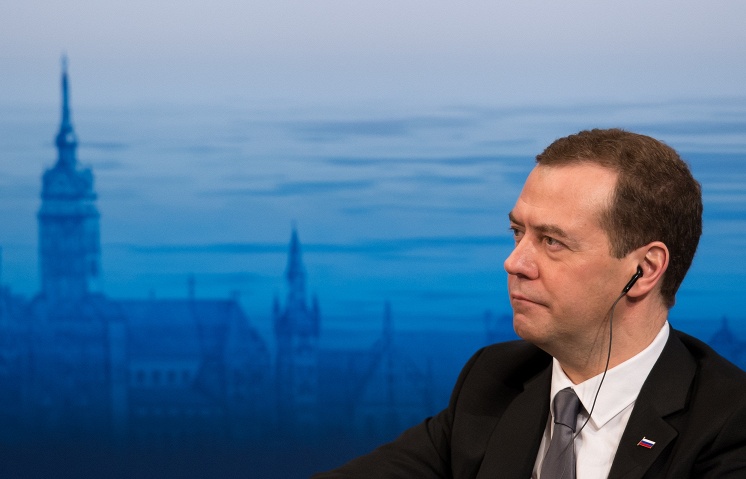