NABEREZHNYE CHELNY, February 12. The state supports and will support the company “KAMAZ” in the future, said President of Russia Vladimir Putin, speaking at a ceremony at the plant in Naberezhnye Chelny, dedicated to the 40th anniversary of the release from the conveyor first truck Kama automobile plant. 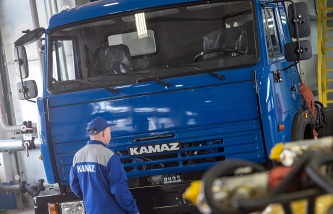 KamAZ launches the conveyor after the winter break

“I want to say that we have always supported your company, and, in spite of the difficulties in the economy, you know about them, we will support this need for our company, “KAMAZ”, and in the future,” he said.

Putin added that the government will “do everything to ensure that jobs were secured, and the country had the opportunity to carry the necessary products, commodities, goods on such wonderful cars that you produce.”

Putin congratulated the workers and veterans of “KAMAZ” with the 40th anniversary of the release from the conveyor first truck Kama automobile plant. The head of state visited a festive event at the plant in Naberezhnye Chelny, where he arrived with a working trip.

Putin briefly spoke with the veterans of the plant “KAMAZ”, which 40 years ago was involved in the Assembly of the first truck.

The oldest employees of the factory warmly welcomed the President and excitedly told about how their product was adopted in the world and what responses the first KAMAZ vehicles soon began to receive, including in the West. “So it turns out when everyone can see that we have a strong country, strong people, people like you, the President said, hugging veterans and shaking their hands. – Already a very different attitude to the country.”

The veterans showed Vladimir Putin his old photos on the background of the first “KAMAZ”, descended from the conveyor in 1976. The same car now and was brought to the workshop, where there was communication. At parting the President wished everyone good luck and success in your work.

The first trucks of the famous brand – “KAMAZ 5320” – out of the only threads main Assembly line of KAMAZ 16 February 1976 – Celes six years after the official start of construction of the enterprise. “First-borns” of the plant were sent to Moscow for presentation to the delegates of the next Congress of the CPSU. It was the car with the wheel formula 6×4, develop a top speed of up to 80-100 km/h. cruising range (fuel consumption) exceeded 1 thousand km Since then “KAMAZ 5320” operated in various climatic conditions at temperatures from -40 to +50 degrees Celsius.

The first car “KAMAZ” as the current Museum exhibit is stored in a research and development center. 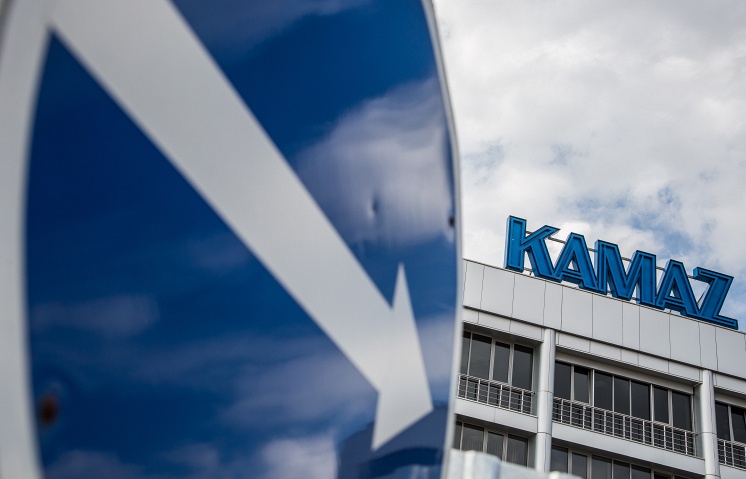