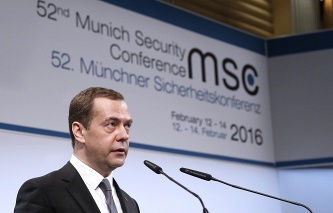 “In the coming days, in very very near future will be a decision on this issue,” he said.

According to him, the application was still pending, the EC is waiting for additional information from the international consortium. “Until we have all the information, the consortium still has not provided”, – said Sefcovic.

Šefčovič also said that the European Commission in bilateral contacts with Russia and Ukraine is considering a trilateral meeting on gas. “I informally talked with both parties on the possibility of holding such a meeting. The solution is, no, date, no,” he said.

“It would be good to hold a meeting to discuss the performance of the “winter package” and how are we going to approach next season,” added Sefcovic.

According to him, the agreement arrived at the tripartite format in the autumn of last year “helped to provide funding for the purchase of Ukraine’s Gas for this winter”. “Transit in the winter was provided, and we had no problems with gas”, – said Vice-President of the Commission.

The European Commission, said Sefcovic, ready to become the intermediary between “Gazprom” and “Nativism”. “We would be happy to be a mediator, to use the approach (tripartite negotiations on gas supplies – ed.), other problems have been solved”, – he assured.

Currently, the two countries signed a transit agreement, which expires only in 2019.