VILNIUS, February 14. /Corr. Vladimir Ivanov/. The queue of heavy vehicles at checkpoints (a checkpoint) of the Lithuanian-Belarusian border is practically not reduced. This is evidenced by continuously updated data protection Service of state border of Lithuania. 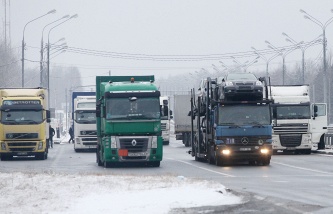 According to information of the border service, three check-points accumulated from 90 to 440 cars. Drivers have to expect crossing the border to 48 hours.

The route of trucks mostly with Belarusian and Russian numbers, as a rule, lies in Klaipeda, to take advantage of on the way to Western European countries International shipping route through the Baltic sea. However, at the entrance to her they are expecting a 2-km long queue of about 300 trucks, which the machine was idle for several days. Now the situation has improved significantly. Shipping company “DFDS Seaways Klaipeda” was used along with the usual larger ferry, which was shipped about 70 cars. The rest parked in the waiting area of the ferry terminal. 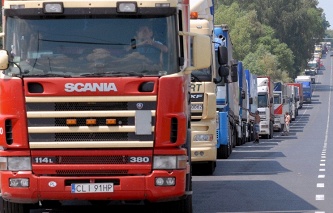 February 1 has expired permits for cargo transportation, which annually between Russia and Poland. The parties failed to reach agreement on new permissions, so the truckers of the two countries were prevented from crossing the border and transit. In search of other ways a stream of cars rushed including to Lithuania. Machine, following to the West, trying to take advantage of klaipėda port. Cargo from Poland to Russia to Lithuania are delivered and loaded on the machine with Russian numbers. Lithuanian companies do not hide the fact that closures of road freight transit between Russia and Poland have resulted in unexpected financial gain.