MOSCOW, February 15. A moratorium on construction in the suburban Queen and Balashikha, and the restriction of construction in Khimki will last till the approval of master plans. This was announced Monday in a press-service of the Deputy Chairman of Moscow region government Hermann Alenushkina.

“The moratorium is conditional. It acts not yet approved the master plan of cities. The Queen project will soon be discussed at the city planning Commission,” – said the press service.

They added that “in all municipalities of the region 283 is developing master plans in the spring will be held 34 public hearings on it.” 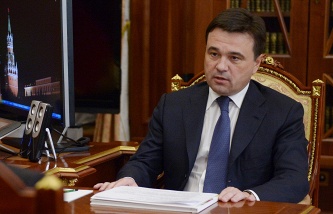 As previously reported the newspaper “Vedomosti” with reference to the Governor of Moscow region Andrei Vorobyov, Moscow region authorities have declared a moratorium on new construction in Balashikha and Queen in the quest to solve the overpopulation problem in these cities. It was also limited new construction in Khimki. According to the authorities of the Moscow region, projects in the planning approved in these cities until 2012, have a pending deficit of social infrastructure.