VLADIMIR, February 15. /Corr. Anna Ustinova/. The largest Vladimirsky farmer John Kopiski began to master the production of cheeses with mold. Within three months he was going to conduct experiments to learn how to make cheeses, such as Roquefort and Camembert. About this Kopiski said in an interview with TASS. 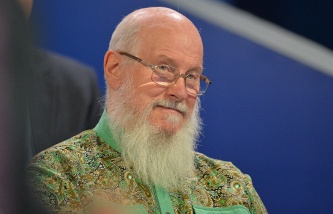 Kopiski, the farmer decided to sell his farm for 3 billion rubles

“In the next few days I will have two dairies on 25 liters, I want to make Roquefort and Camembert. I need three months to conduct experiments before I find the taste that I like,” said Kopiski.

In addition, he reported about the successful completion of the experiment for the preparation of cheese, such as Parmesan, which was aged a year and a half. This cheese, according to the farmer, will not go on sale, but Vladimir cheese may soon be on the shelves.

Now selling our cheese has grown significantly. When we started three years ago, it was 40 kg per week, now 3-4 times more. Our people used to think that the food is not tasty. Now they understand that in imported products is also counterfeit and palm oil. Good food is cheaper there

The British-born John Kopiski live in Russia in the early 1990-ies, he received Russian citizenship and established a farm in the Vladimir region. The farm contains about 4 thousand head of cattle, daily produced 50 tons of milk. 16 April 2015 the farmer participated in a “straight line” with Russian President Vladimir Putin where he raised the issue of the plight of milk producers in Russia.