MOSCOW, February 15. Russian banks received in January 2016 the profit of 32 billion versus 24 billion loss a year earlier. Such information contains in materials of the Central Bank of the Russian Federation. 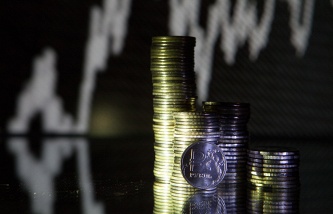 In January the banking sector assets amounted increased by 0.9%, and their volume has reached to 83.7 trillion.

The amount of the deposits due to seasonality declined during January by 1.8% to 22.8 trillion. The volume of deposits and funds on accounts of organizations increased in January by 1.5%.

Last year the profit of Russian banks amounted to 192 billion rubles, which is three times worse than that of 2014. On the profitability of the business is influenced primarily by the growth of deductions in reserves for bad loans and rising interest costs.