MOSCOW, February 15. Gazprom has announced a tender procedure for the construction 60.7 km of main gas pipeline “Power of Siberia”, the maximum contract price of 7.8 billion rubles this is stated in the materials of public procurement. 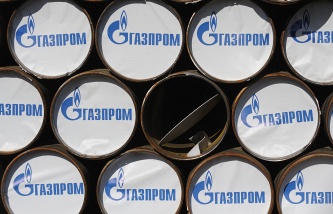 The site is located in the area of compressor stations “Amginsky” and “Nemirsky” on the interval from 975 1035,7 km on the highway. Construction will be carried out, starting from the first quarter of 2016 and fourth quarter of 2017.

Summarizing of the tender results will take place on February 26, 2016.

At the end of November 2015, Gazprom announced a tender for the construction of four sections of the gas pipeline “Power of Siberia” with a total length of 822 km in the amount of 155,97 billion. The lot included the contracts for construction of sections of “Lensk – COP-1 “Salicilizma”, “COP-1 “Salicilizma” – COP 2 “Olekminsky”, “KS-2 “Olekma” – CS-3 “Amginsky” and “CS-3 “Amginsky” – KS-4 “Nemirsky”.

Earlier it was reported that the head of FAS Russia Igor Artemyev had sent a letter critical of the tender “Gazprom” and plans to report on the situation to Russian President Vladimir Putin. After that, Gazprom has cancelled a major tender for the construction of the gas pipeline “Power of Siberia”, as well as two for construction of sections length in km 348,1