MOSCOW. 15 February. The participants of the so-called coalition are trying to prevent a complete defeat of the “Islamic state” (IG, banned in Russia) and the restoration of peace in the region, said the head of Chechnya Ramzan Kadyrov.

“The goals and objectives of these coalitions are obvious: it is to try to prevent complete defeat Blizkogo state (another name for ISIS – ed.) and the restoration of peace in the region”, – wrote Kadyrov on his page in Instagram.

“Some countries have declared their intention to send troops (in Syria – ed.) simultaneous with the beginning of the raids – said the head of Chechnya. – Syria reported that Turkish artillery continues shelling settlements. At the same time, Saudi Arabia is preparing for the largest in its history military exercises involving air force and army more than twenty countries of the Arab world. There is evidence that the delivery of equipment and personnel at one of the military bases, the KSA has already begun”. 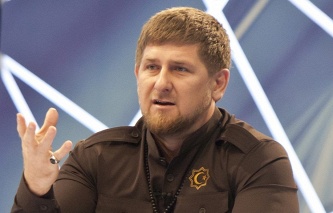 In this situation the head of the Chechen Republic do not exclude that it is preparing for action in Syria, and “if aircraft and units of the several countries on one military foothold, the probability of random incidents that may provoke large conflicts, including armed conflicts”.

In this regard, Kadyrov expressed concern that “instead of real fight against international terrorism, will start the showdown between members of the so-called coalition.”

“The plans of the authors of war and coups in the middle East is the complete eradication of the Islamic state and strengthen the power of the Bashar al-Assad, but they will have to accept the fact that the conditions of the game dictate not already in the West and in the US” – summed Kadyrov.