MOSCOW, February 15. The Federal Antimonopoly service (FAS) has sent the government a proposal to save the turnover of gasoline environmental class “Euro-4” until at least the end of 2016. About this newspaper “Izvestia”, the disposal of which is a reply to a letter of Deputy head of FAS Anatoly golomolzina deputies of the state Duma Valery Rashkina and Sergei Obukhov.

The transition to “Euro-5” across Russia now is provided from 1 July 2016. 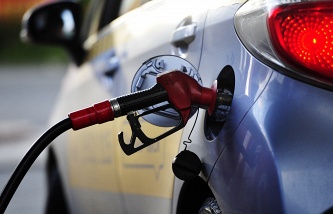 According to “Izvestia”, according to FAS, last year gasoline prices in Russia rose by more than 5%, weighed by a number of factors: “tax maneuver” (export duties on oil and oil products reduced, increased the severance tax on oil and gas condensate), inflation, the traditional spring repair of all Russian oil refineries, the growth in exports of gasoline, reducing the production of gasoline within the country and imports of fuel from Belarus. To prevent a recurrence of the situation, the FAS has taken a number of preventive measures. These measures include Anatoly Golomolzin in the letter to deputies named, and the letter to the government on the extension of the circulation of Euro-4.

According to the terms established by the Technical regulations of the Customs Union, the transition of the Russian refineries to Euro-5 was scheduled from the beginning of 2016. But in the spring of 2015 against conversion was made by the oilmen, fearing not have time to modernize their plants, and then to the FAS. According to authorities, it was impossible purely technically. The Ministry of energy has previously supported the transfer of the ban “Euro-4”: according to the Minister Alexander Novak, the deficit could be 2-4 million tonnes.

In addition, the auto business is also given a reprieve, but partial. From 1 January 2016, the engines of all passenger cars of category M1 (excluding the driver no more than eight seats), imported to Russia and produced here should correspond to the environmental class “Euro-5”. This rule does not apply trucks and commercial vehicles and sports utility vehicles (SUVs). They still can be implemented with engines “Euro-4”, transition to “Euro-5” planned from 2017.